Katrina Hates The Dead: A Different Angle on the Apocalypse

A horror comic which turns the post apocalypse on it's head! 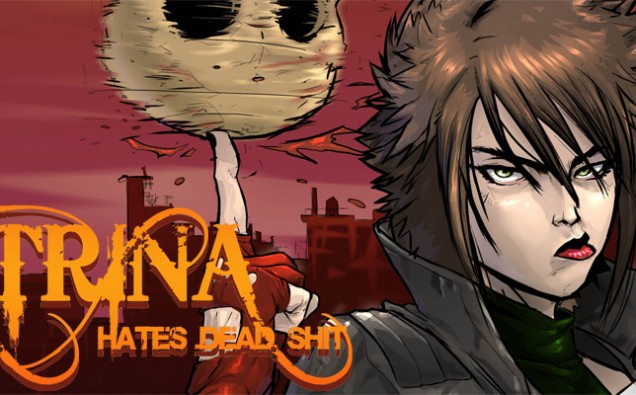 I love horror comics. A LOT. So, when I was informed of “Katrina Kills The Dead,” I just had to look into it. And it certainly looks cool as hell!

From the creator, Russell Nohelty:

Katrina Hates the Dead is a tongue and cheek look at how crappy it would be to live in the Apocalypse. Almost every story about the Apocalypse starts immediately after the Apocalypse begins, showing the horror and terror that follows the first days of living in “Hell on Earth”.

KHTD isn’t that. In Katrina, the Apocalypse is already old news. It happened years ago. Everything has settled down, and the Hellspawn have taken up residence on Earth. They are next door neighbors to the humans they slaughtered. They take hard working humans jobs.

Katrina, our heroine, is a little sick of fighting monsters, waiting on monsters, and buying her groceries from monsters. She wants her old life back. So she sets out to do something about it.

She sets out on a journey to Hell to kill the Devil and end the Apocalypse once and for all.

Russell is right now running a Kickstarter with some badass perks (8′ x 8′ mural, anyone?) to raise funds for a print run of the book. Check it out! Kickass story and, well, look at the art! Stunning! Check out the campaign and show his project some love!