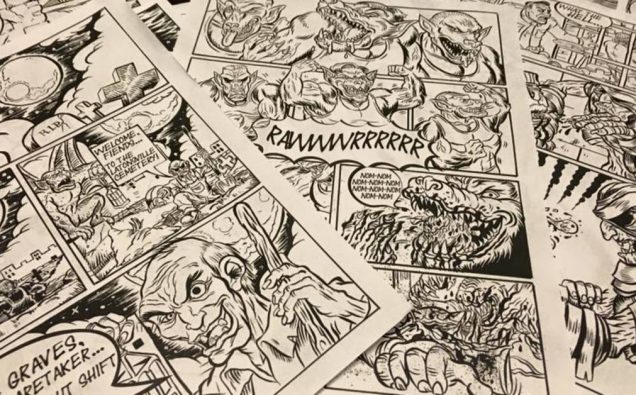 Award-winning filmmakers and writers Chris LaMartina and Jimmy George have just launched a Kickstarter campaign for their new horror anthology comic book ‘Burial Plots.’ The ideas of the stories are inspired by the famous works of Tales from the Crypt and The Witching Hour.  The comic book will feature black and white pages and two horrifying, gore-filled story-lines. The artwork will be done by the talented John De Campos, who will put his unique spin on things.

The plot for the first part entitled ‘Bum Wrap’ is as follows:

The second story named ‘Shapeshifters’ is about:

“a scrawny recruit transgorms after he joins a gym run by a pack of muscle head werewolves. Will this killer workout get him ripped in thirty days?”

Check out a sample page from Shapeshifters below: 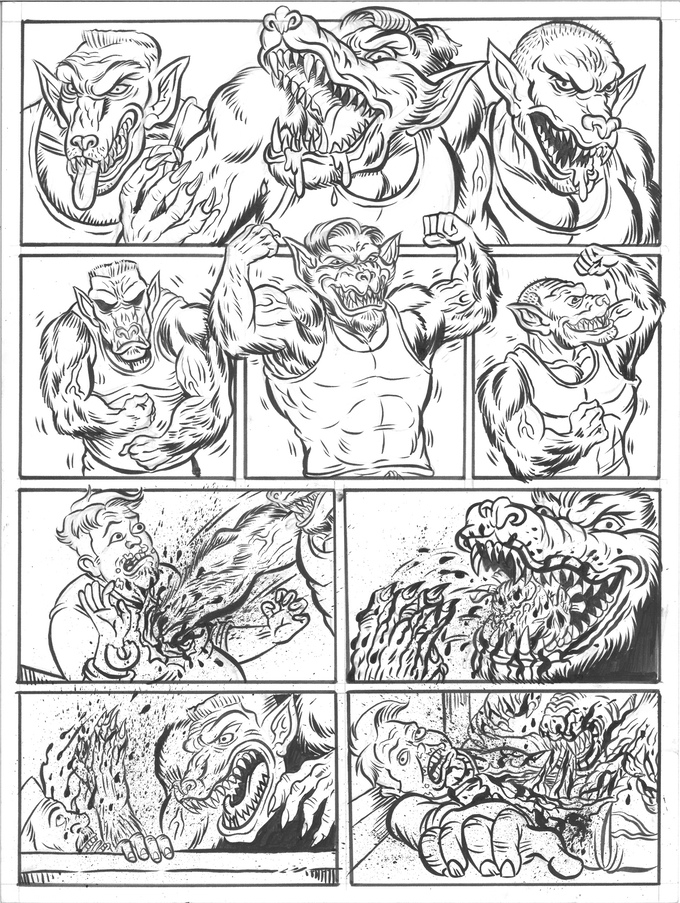 There are plenty of awesome and different kinds of rewards for helping back this fun and horrific project including a Thank You note in the form of a tombstone. There are only five days left to go but the campaign thus far has been quite successful. Help make this exciting new project into something even more amazing by donating here.

Keep checking back to The Shed for more updates on this project as they are released!