Kids Horror in the 90’s – Goosebumps

Reader beware, you're in for a scare. 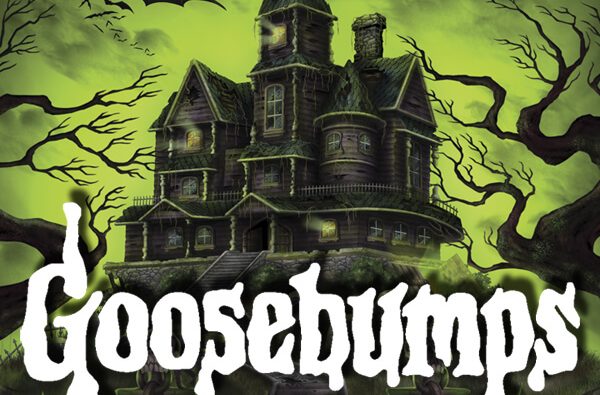 There has always been “Scary stories” for children.  Ghost stories and books full of mild urban legends, intended to give the reader chills.  Goosebumps however was one of the only book series to be backed by Scholastic while maintaining the horror theme. 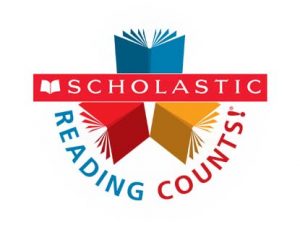 The book series, written by R.L. Stine started in 1992 with the release of “Welcome to Dead House” and proceeded to release 62 books in its original run ending in 1997.  In 1998 Goosebumps series 2000 was released and ran from 1998 to 2000.  Several other spin-off books and series eventually came to be under the umbrella that was the Goosebumps franchise.  More than 400 million Goosebumps books have been sold, ensuring its place as one of the best-selling series of all time, and it was a children’s book series.  Stephen King might have his finger on the pulse of adult horror, but R. L. Stine, knew how to terrify children in the best ways.

His fortune was built on pee stained sheets.

It’s no surprise that the book series ended up with its own television show in 1995.  The Canadian/American horror anthology series originally aired from 1995 to 1998, with reruns appearing on various networks during October.  The series brought the original books to life so to speak.  While keeping in mind that it is a children’s show, the series did well enough to keep Goosebumps fans glued to their couches whenever the show was on.  Personally I enjoyed the introductions that take place prior to the story.  In true “Tales from the Crypt” fashion, R. L. Stine would first introduce himself, and then the story.  It usually involved props that had a connection to the story in one way or another and was often light and playful.  The show ends the same way, having Stine say “Good night” to the viewers.  The franchise has done so well that in 2015 a big movie budget was financed by Sony, and the Goosebumps movie was produced by  Scholastic Entertainment. 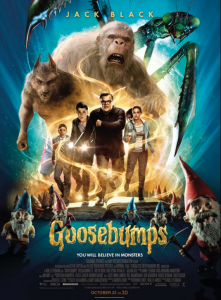 Viewers beware, Jack Black is in this movie.

While I don’t have time to read 62 books, I did have time to go back through some of my favorite Goosebumps books, to give you an idea of how amazing these books are.  First up is “The Beast from the East” 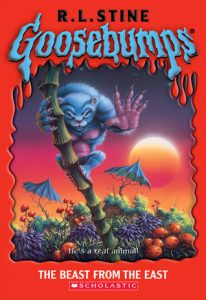 The Beast from the East, is a story about a girl, Ginger, and her two brothers Pat and Nat.  While camping with their parents, the children get lost and encounter all sorts of odd and bizarre creatures and plants.  One such creature, a big blue monstrosity slaps Ginger on the back and declares her “It” the monster explains that they are playing a game called “Beast from the East” whoever is “It” is said beast.  Whoever is “It” at sun down will, be eaten.  The beasts refuse to explain the rules and then leave the children on their own.  The kids struggle to tag one of the beasts and the story seemingly ends with them surviving, but then something else happens.  I won’t give away the ending but I will say that this story has the kind of ending that really drives horror home.

Next we have one of my all time favorite books, as a kid I read this one so many times it’s a wonder the thing never fell apart.  “Attack of the Jack-O’-Lanterns” 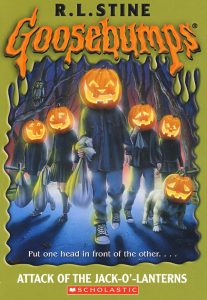 Halloween is one of my favorite holidays, and for Drew Brockman the feeling is mutual.  The problem she has however is two bullies who go out of their way to ruin Drew’s Halloween, a tradition they uphold every year.  Not this year though, Drew has a plan for revenge.  With the help of her two friends Shane and Shana, they convince the two bullies, Tabby and Lee to come trick or treating with them.  Shane and Shana lead the group to a neighborhood Drew is certain wasn’t there before, but Shane and Shana assure her that they will get a lot of candy here.  This story has a lot of dead ends and misleading plot devices that keep the reader invested until the very end, at which point the twist reveals everything.  It’s hard to describe the feeling I get when I read these as a child, but it is even harder to explain them without giving away the ending which is always the best part.  However “Attack of the Jack-O’-Lanterns” has all the necessary ingredients for a great read and I would recommend it to anyone looking for something to do on a dark and rainy day.

Last but not least, we have “Welcome to Dead House” I figured I might as well include the book that was the flagship for the entire series. 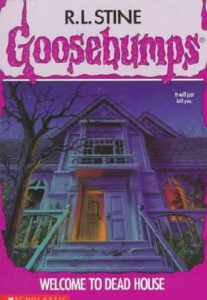 The story starts when the Benson family inherits a house from their now dead great-uncle.  Amanda and Josh are the Benson children and react the same way any kid would when having to move into a new place and town, but the kids think there is something wrong with the creepy old house.  The entire town always seems dark and dreary, towering trees block the sun most of the time, and the town folk all seem very pale, and quick to avoid the sun.  Despite Amanda constantly pointing out all the odd going ons of the town, her parents refuse to believe it.  Amanda makes friends with one of the locals who tries to convince her to get rid of an old family heirloom telling her that it’s creepy.  Josh grows concerned when his dog runs away and they end up in a cemetery while searching for their dog Petey.  The two stumble into an odd “Town Meeting” in the cemetery where the children over hear them discussing “The need to feed”  The story goes on to reveal the whole town might not be as innocent as they seem.  The ending is, as always the best part because that’s when everything comes together.  What is the town secret of Dark Falls?  You will just have to read to find out. 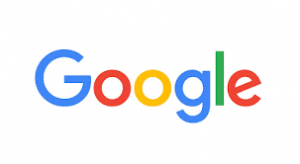 Or you can just use the internet, you cheaters!