File this one under WTF! 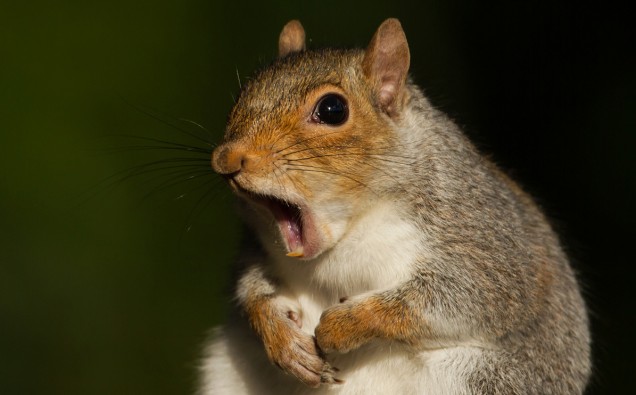 It just sounds too cartoonish to be real!

A married couple in Northern California was sent to the hospital after being savagely attacked by a squirrel.  That’s not a typo; they were attacked by a squirrel!  A local CBS affiliate reported on the, uh, assault and interviewed the, um, victims, Richard and Norma Williams about what they described as “a life-and-death battle”.

You couldn’t even make this stuff up if you tried!

Richard Williams, 87, said the squirrel’s been “terrorizing” the neighborhood (more on that later); the incident started when the, uh, beast slipped into the garage through an open door.  “He charged me and jumped, and from then on, the battle started.  He was really vicious. He was clawing and scratching.  I was trying to get him off. Every time I’d get him off, he’d jump back up again.”

83 year old Norma Williams heard the commotion and attempted to come to her husband’s rescue.  “I grabbed the broom, picked it up.  I guess I hit the squirrel with it.”

Back to Richard: “And then he jumped her.  I was able to grab him by the tail, threw him on the garage floor and he seemed stunned.”

It wasn’t until a neighbor rushed over to help that the bloodthirsty squirrel decided he was outmatched and fled.  Still, the injuries the Williams suffered warranted a trip to the hospital.  This story become both funny and shocking when you see the pictures: 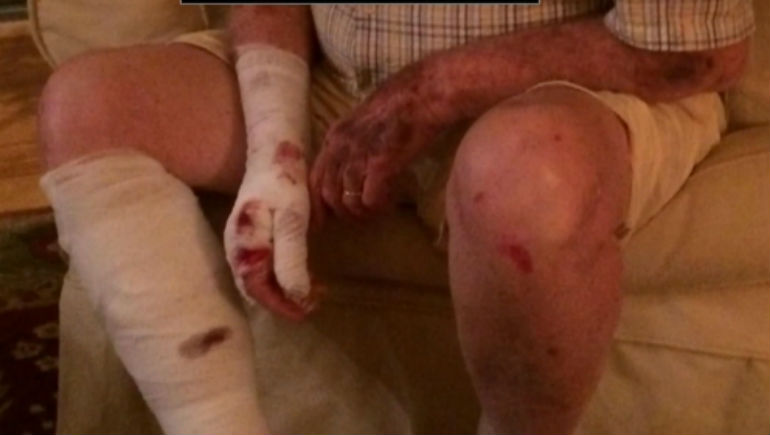 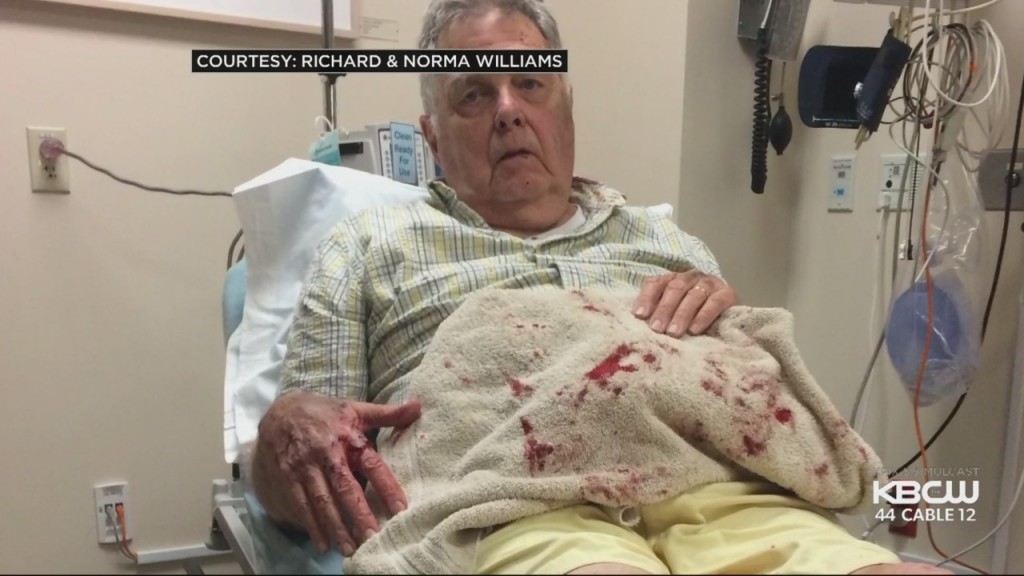 But this is just the latest chapter in what is becoming a saga of terror.  Apparently, the same squirrel is suspected of an astonishing 5 previous attacks—including one on an elementary school teacher!  Local animal control officers are currently patrolling the area in search of this violent vermin, but as of tonight the fiend remains at large.

So does this story remind you of anything?

The first thing that popped into my head was the satanic murderous squirrel from South Park’s “Woodland Critters”.

It also reminded me of a holiday special I’ve enjoyed!

Maybe this squirrel in California got into the same toxic sludge that turned these furry fellas into psychotic freaks!

In all seriousness, we wish Richard and Norma a speedy recovery!

What do you think about this unbelievable story out of California?  Have you ever heard of such a ferocious squirrel before this?  Sound off in the Comments section!