Killer Video Games! A List of the Best Slasher Games Out There (Or Coming Soon!) 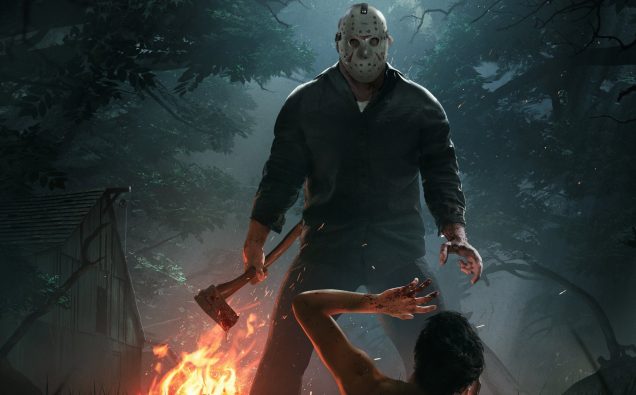 The slasher genre is one of the stables of horror. And just as awesome, if not more so, than watching a slasher film… is playing one! The slasher genre has been present in video games going all the way back to the original Clock Tower for SNES and is really picking up steam. In fact, this year there are no less than three games coming out in this genre! Check this out!

The first Clock Tower game came out for the SNES in 1995, making it one of the earliest survival horror games out there! While it was never released outside of Japan in its original iteration, there have been fan translations created for it since. Drawing heavily from Dario Argento’s Phenomena (including similar plot elements in some areas, and a main character sharing a name and appearance with the protagonist of the Argento classic), you play as Jennifer, an orphan brought to a new home with several other girls. But upon arriving, you are left alone and soon the murders start. A monster known as the Scissorman begins chasing you and all you can do is run and hide as you try to survive long enough to escape the mansion.

A sequel to the first game, Clock Tower 2 came out for PS1 in 1996. It is a direct continuation from the first game. It should be noted that for its stateside release it is merely called Clock Tower, removing the sequel numeration due to the continued absence of the first game outside of Japan at that time. Once again, you must run and hide from the Scissorman while you try to figure out what is going on. This game wraps up the duology of this particular story, though there are other games in the series with different characters and play styles.

One more “Clock Tower” related game for the list! This one is a spiritual successor to the series, created by the same team as the original. It’s called Nightcry and you play as several people trapped on a ship where a cult has summoned a creature known as the Scissorwalker. This game just came out on Steam a couple of months ago. It is also expected for a release for Androd, iOS, and PS Vita at some point in the future.

White Day is a survival horror game that came out in South Korea in 2001. It never came stateside, though there have been fan translations made. In Japanese culture, White Day is a holiday similar to Valentine’s Day. Where on Valentine’s Day girls give gifts to boys, on White Day boys give gifts to girls. You play one such boy who sneaks into school late one night to leave a present in his crush’s desk. However, once in the school you become trapped and must escape from the homicidal janitor as you traverse the school. Along the way, you also encounter other, more supernatural dangers and must rescue some of your friends.

The game received a remake for Android and iOS a couple of months back and a updated, English remake is slated for Steam release this year.

Until Dawn is a more recent game which came out on PS4 in 2015. It features a group of friends who go up to a cabin in the winter to hang out and party. Oh, and their friends died there last year, so there’s that. Pretty soon they are being stalked by a killer and you have to make the right choices to try to survive. Every decision you make impacts the story and will have repercussions down the line.

Friday the 13th, Dead by Daylight, and Last Year are three slasher games oriented around online multiplayer, all three of which are coming out this year. All have a great many similarities but some key differences as well. All three games feature several players playing as a group of survivors, with one player controlling the killer. Friday the 13th and Last Year are due out fall of 2016 on Steam (with Friday the 13th also getting console releases). Dead by Daylight releases June 14th on Steam.

Yes, several years back there was an official Chucky video game in the works. The game was to allow the player to control the infamous killer doll in what was described to be a stealth-oriented game where you went around and brutally killed your victims. The above video is some of the only known footage from the unreleased game which was eventually canceled.

Not really slasher in play style, Terrordrome gets an honorable mention simply because it features a ton of the characters from the most famous slasher films, all duking it out Mortal Kombat style in this free, fan-made fighting game. Terrordrome features the likes of Freddy, Michael Myers, Jason, Maniac Cop, Chucky, Pinhead, and many more!