Klingon: The Language of the Star Trek Universe

Klingon may be a fictional language, but it has real grammar and structure. 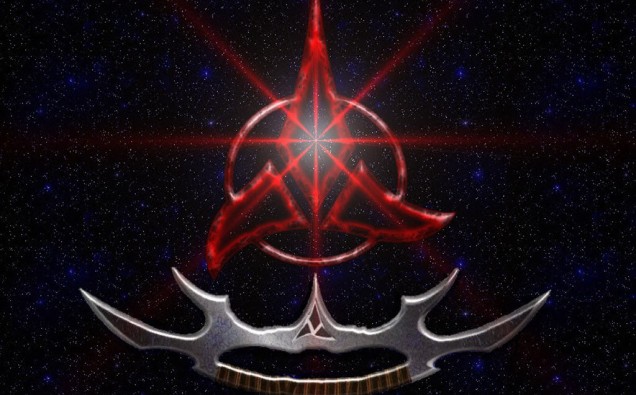 A Klingon is an alien humanoid warrior species that exists in the world of Star Trek. 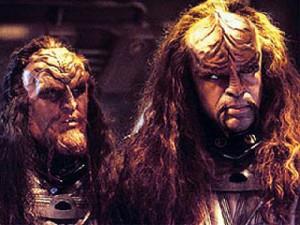 Klingons have appeared in the 1960s original television series, all five spin-off series, and eight of Star Trek’s feature films.

Originally recurring villains to the USS Enterprise, the Klingons later became a close ally of humanity and joined the United Federation of Planets.

With an expanded budget of makeup and effects, the Klingons were redesigned for Star Trek: The Motion Picture. Along with the revision of the creature, a complete language was developed for the Klingons by linguist Marc Okrand.

With the difficult task of developing a language that sounded alien, but was simple enough for actors to pronounce, Okrand deliberately chose the rarest form of sentence construction. The Klingon language focuses on actions and verbs, and was originally developed with around 2,000 words.

Pocket Books published The Klingon Dictionary where Okrand elaborated on the language’s grammar, syntax, and vocabulary. The book went on to sell over 250,000 copies.

Klingon is recognized as one of the many language interfaces in the Google search engine, and by the Guinness Book of World Records as the most spoken fictitious language.

Dedicated enthusiasts created the Klingon Language Institute which has published multiple magazines. The works of William Shakespeare, and some books from the Bible can be found in Klingon on their website.

The Klingon Language Institute is a great resource for anyone interested in more information about the language. The KLI also has membership options, and a language course for those desiring to learn to speak Klingon.

This article is dedicated to Grace Lee Whitney who peacefully died in her California home Friday at the age of 85. Whitney played Captain Kirk’s assistant Yeoman Janice Rand in the original Star Trek series. 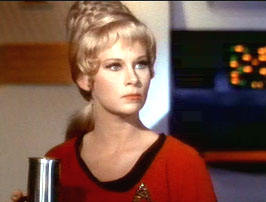