Krampus: A Holiday Treat or Coal in Your Stocking?

Can the Shadow of Saint Nicholas Light up His First Feature Film? 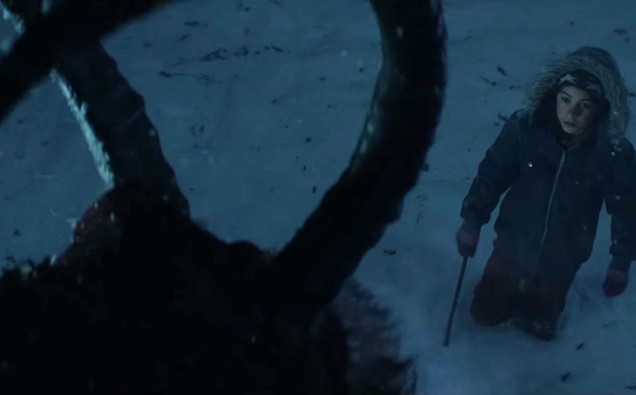 There are very few legends, ghost stories, and folk tales that haven’t been mined for material by now, making it all the more baffling that it took until 2015 to get us a proper Krampus film. The horned Anti-Santa has been an annual Christmas tradition over in Europe for years now, but hasn’t picked up attention in the States until recently. Behind the direction of Michael Doughtery, the man who made my favorite Halloween film of all time Trick ‘r Treat, Krampus looked to become one of the all time great Christmas horror movies (although with a few exceptions that isn’t saying much).

In many ways, it succeeds, particularly with some truly awful characters, and a theme that taps into the Grinch in all of us. It is we who are jaded by the holiday season, to whom “It’s Beginning to Sound a lot Like Christmas” sounds like the bells of Hell, to the poor souls who can only survive December 25 with liver nuking levels of Eggnog, that Krampus will appeal to the most.

These ideals are well represented in the story. It’s only when little Max finally learns what Christmas really is, a commercialized free for all with the people you hate most in the world (your family), repetitive garbage music and horrible, low budget TV specials, that Krampus comes a-knockin’. It’s not so much the hoofed horrors job to punish the naughty as to show the non-believer the true spirit of the holidays; so basically It’s a Wonderful Life if Clarence was a mass murdering horned demon. 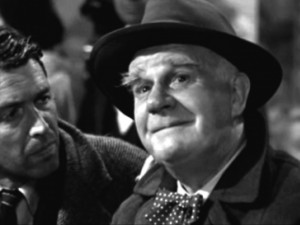 The Face of True Evil

While the themes and idea for this film are great, the execution behind them is a little clumsy. There are scenes that are hilarious, and scenes that are horrifying (that cannibalistic doll thing though), but unlike the best horror comedies, there aren’t very many scenes that are both. On the whole, Krampus is definitely more successful when it tries to be scary (watching the monster jump across rooftops and crack open a portal to Hell are breath taking) with some of the comedy really landing, but other bits just feeling out of place. The dialogue is hilarious, especially when watching the left wing Tom and his right wing gun nut brother-in-law Howard go at each others throats. Family really is a bitch isn’t it? Less successful is the film’s attempts at physical comedy, almost leaning to a goofy slapstick. While some films like Evil Dead 2 can use this successfully, here it just feels strange.

One of the more interesting ideas floated around was making Krampus into a home invasion movie, something that inherently makes sense. Santa Claus gets into your pad via the chimney, and so does his evil twin, albeit with less regard for property damage. Much of the film is the family trying to defend their home from evil Christmas critters, and for the most part it works. In these scenes, there’s definitely a cool Gremlins vibe going on. Unfortunately for long periods of time, Evil Saint Nick himself is largely forgotten. A better title would’ve been An Ass Ton of Creepy Toys Break into Your Crib and Krampus Too Sort Of at the Very End.

The movies namesake is extremely sparse in his own film, and while I believe “less is more” is often true in horror, here Doughtery tried to have his fruitcake and eat it too. The constant presence of evil toys and Elves keep the film from building up too much tension, while the lack of Krampus himself until the films climax stops it from being a straight up creature feature. Too it’s own detriment, this is a movie stuck somewhere in the middle.

When the big bad finally does show up though, he delivers. Krampus is a horrifyingly well realized monstrosity, a grotesque parody of Father Christmas with a tattered robe and a flesh mask that looks like Saint Nick after 3 years of heavy meth use. He’s wonderfully creepy, bringing the screen alive and stealing the show every time he appears. In a lot of movies (Mama comes to mind), the main monster loses its scare factor when taken out of the shadows. Krampus thankfully doesn’t have that problem, but in the end, the Evil-Claus just doesn’t appear enough.

His helpers on the other clawed hand, who show up much more frequently, are a very mixed bag of presents. The evil elves and human eating doll (the sounds that thing makes, Jesus Christ) are creepy as you could imagine, but most of the others are just goofy. A possessed toy robot, evil angel figure, and in paticular a crew of stupid looking, cackling Gingerbread Men fail to bring laughs or scares. Why the hell do horror movies keep trying to make Gingerbread Men scary?

Doughtery didn’t make the perfect Christmas movie the way that he made the perfect Halloween film with Trick ‘r Treat, but this is still a pretty strong sophomore effort. In a genre that is lacking in quality movies, Krampus delivers a solid, if flawed entry into the Christmas Horror canon. And besides, is there anyone among us who never wished a horrible family member would be dragged away in chains? Yeah, that’s what I thought.

Jeff is a writer for The Blood Shed and eats, drinks, and bleeds horror. You can follow him on Instagram @Thatjeffreyguy