Comedy is a matter of taste 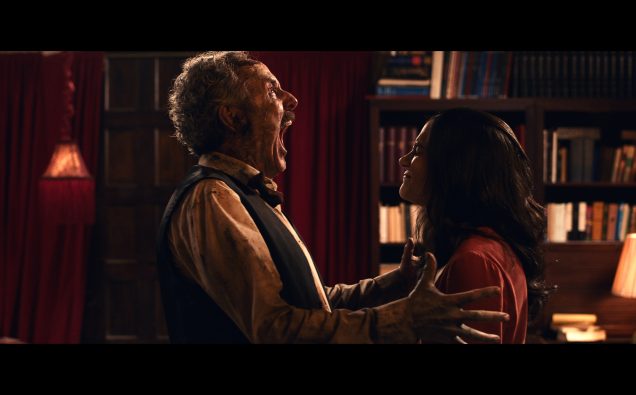 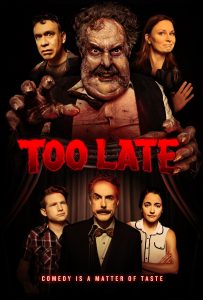 The world of stand-up comedy is a beastly place, and it does not come as a surprise there could be a monster living there, especially in Los Angeles.

I was a photographer at a comedy club many years ago in Newport Beach. It was a cutthroat business, and no one got anywhere without kissing the owner’s butt. I saw many great comics get cut night after night, just because the boss had a better deal going with someone else. I started hanging out because I had pictured myself as a comedy writer, but alas that never came to be. Maybe it was the fact that I was only 18 when I started going in there. I’m amazed it took as long as it did to eventually get kicked out for being underage.

So, because said comedy clubs are not my favorite places anymore, I did not have high hopes for horror-comedy Too Late, but I am so glad I was mistaken. Low budget, yes, but so much more fun than most nights I ever spent at a real comedy club. 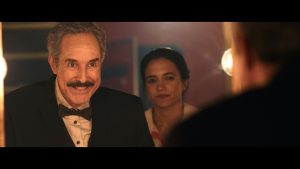 Most of the club owners I met were pretty much jerks, but none of them were as bad as Bob Devore (Ron Lynch) the host and owner of a midnight comedy showcase named Too Late. Bob is literally a monster, a very ancient one, but the exact type is never shared. He sleeps in a box and has a hell of an appetite, taking the idea “You killed it out there” to a whole new level. 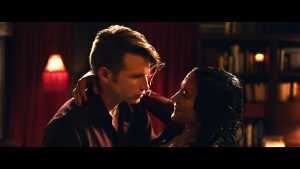 The person who ties the film together is Violet, played by Alyssa Limperis. She is an aspiring comic who tirelessly works for Bob Devore as his assistant. He is an awful boss, horribly demanding when he is hungry, and since she arranges most of his “meals” she obviously knows about his secret. She also runs a small open mic night for comics at a local coffee shop.

Violet is a smart but very reserved young lady and I kept hoping for her to at some point step up and show her real talents. After she meets another comic at a party (Will Weldon) whom she wants to date, she ends up with a dilemma- can she give him up to Bob as a snack, or will she for once say no to her monstrous boss? 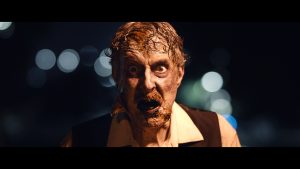 The film is inspired by the longtime showcase hosted by Ron Lynch who not surprisedly played Bob perfectly. His show “Tomorrow! With Ron Lynch,” a mix of magicians, ventriloquists, and comics, ran for years at the Steve Allen Theatre until they tore it down to build condos in 2017. Since then, it moved to another couple of theaters, including The Hayworth, where this was shot, and more recently went online during the pandemic, in a show offering strictly limited time slots, called “5 Minutes or Die!” 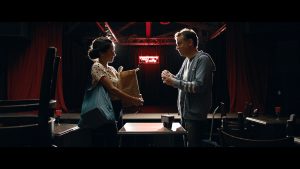 The film worked well due to the believable acting from everyone involved; the standout being Limperis. Cameos from familiar actors like Fred Armisen and Mary Lynn Rajskub added to the fun too. Was it a little campy? Well yes of course, but this is a horror-comedy we are talking about, and that’s what I loved.

The husband/wife team of D.W. Thomas and Tom Becker have created a fun romp in the Los Angeles comedy playground. I hope in real life Lynch is not as horrible of a person to work for, as he plays.

Too Late will be released in select theaters and on iTunes, Google Play, and all major cable platforms June 25, 2021