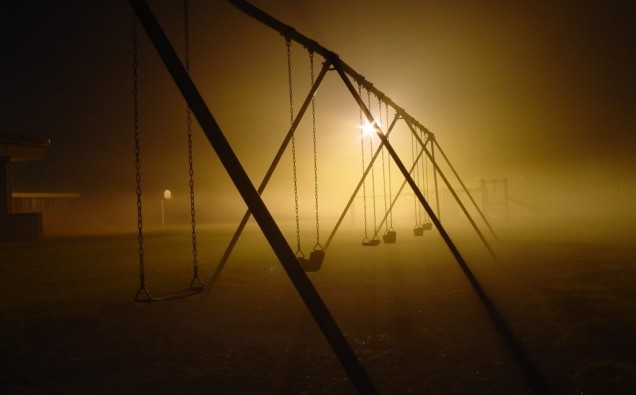 A young mother was found pushing her dead 3-year-old boy on a park swing. 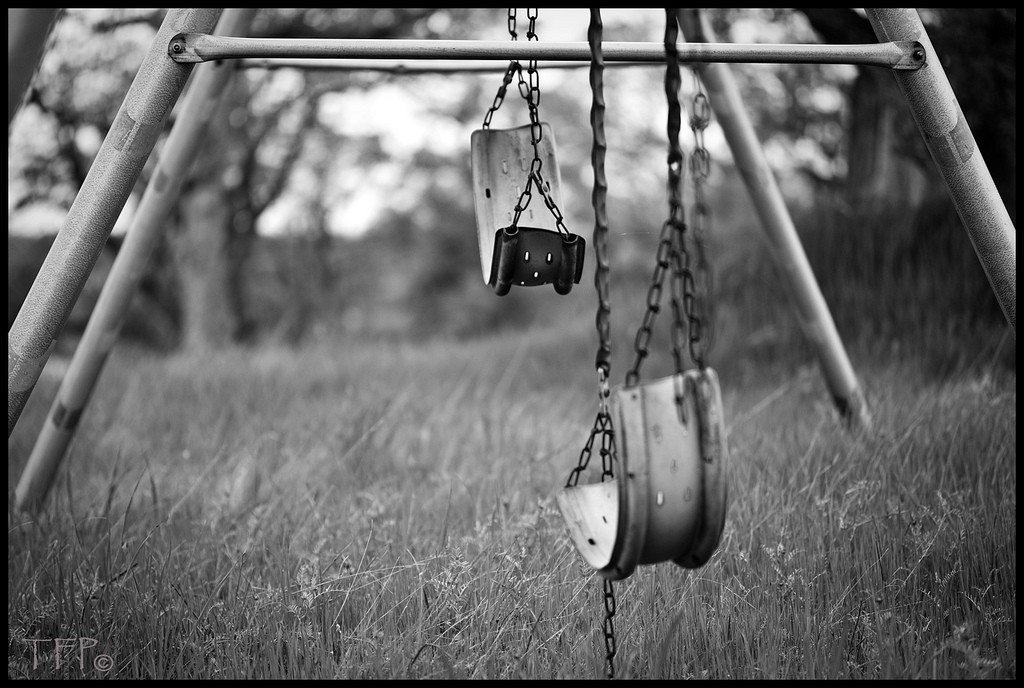 Police, who responded to calls around 7 a.m., heard from witnesses that she’d been pushing the child for hours, “an unusually long period of time”, possibly throughout the night since the day before. When the officers confronted the 24-year-old woman, still pushing the child in the swing, they realized immediately that the boy was dead. The child had no signs of obvious trauma, but had clearly been dead for at least several hours.

Why had no one approached this woman, who was pushing a child in swing on a playground at night—a time when no mother should be out with her child? Why did it take police until dawn to investigate?

Had people seen her sad silhouette beneath the moonlight and misinterpreted her actions? Was she just another gloomy phantom in the velvet evening hours? A two-dimensional entity granted immunity from investigation, the result of a sinister unspoken street code? Did it take the morning’s first sunrays to illuminate the true extent of this tragedy, to see it in all its vibrant grief, only after it failed to disappear with the other nightmare walkers who hide from daylight?

What unknown, perhaps evil force lured this young woman and her child into the darkness?

And the most cutting question of them all: Was the child dead when she placed him into the swing that night—or had he passed in the cold, pre-dawn hours as he swung softly like a pendulum, submitting, perhaps, to the numbing blanket of hypothermia? Was he sick?

Were these the actions of a person with a broken mind, or a devastated soul deprived of its greatest joy, who just wanted to be a mother for a few more hours? 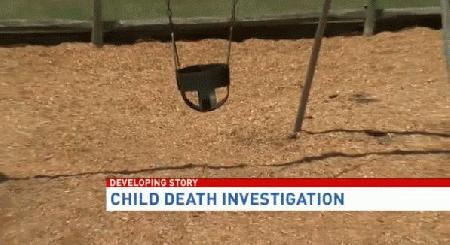 The swing-set is part of Willis Memorial Park in La Plata, about 35 miles (55 km) south of Washington, D.C. The child’s body was taken for autopsy under the supervision of the Baltimore City Medical Examiner. The 24-year-old mother, who has not been named, was taken to a local hospital for tests and observations. 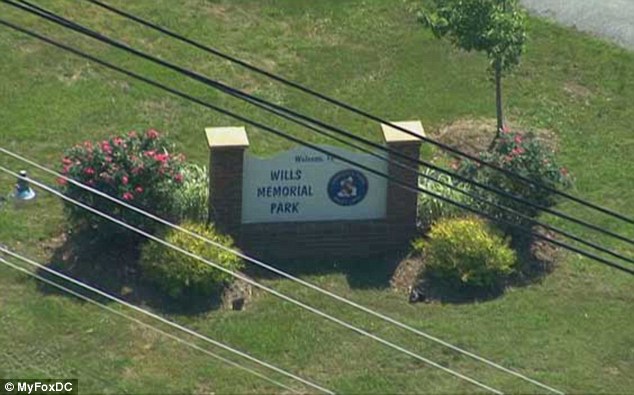 This is exactly the kind of spine-tingling real-life horror story you’d expect to see reported on at sites like, well—sites like The Blood-Shed. It’s the sort of ultra-creepy scenario that packs an emotional sucker-punch, as scary as it is heartbreaking. It also reeks of exploitation, inspiring the sort of shocking, attention grabbing headlines that exemplifies click-bait… doesn’t it?

This certainly doesn’t qualify as news… does it?

We should be ashamed of ourselves… shouldn’t we?

Are we voyeuristic vampires feasting on the suffering of others or merely readers of Reuters’ news? Has horror seeped into the very fabric of mainstream media? Is the entire nation, whether we’re willing to admit it or not, addicted to the shock of it all?

If the mental image of a young mother pushing her dead toddler in a swing all night until morning doesn’t chill you, then you’ve got nerves of steel. But if the reality of the situation doesn’t rip at your soul, then you’ve got a heart of coal. The mere implication of infanticide brings us to the brink that ultimate taboo, tearing away our eyelids.

It’s the kind of unthinkable tragedy that forces sensitive spirits to look into the very blackest corners of the Abyss. This is horror; and this is news. So says Reuters. 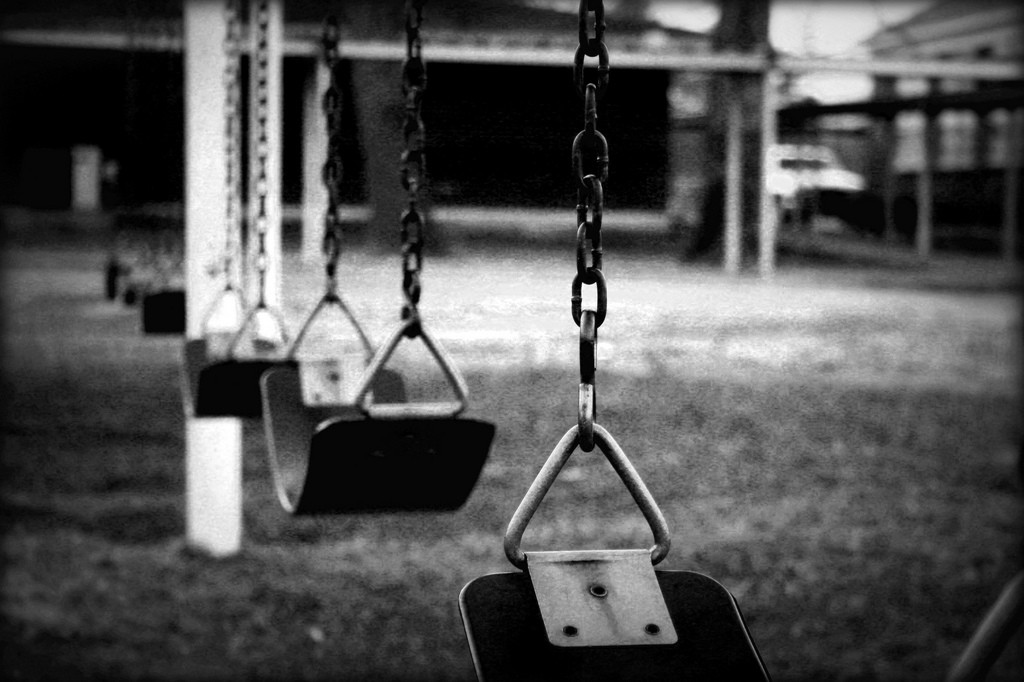 And this is real, which means it’s a story that’ll continue beyond the single-scene compartmentalization of memory. The toddler may have passed in peace, but his mother may live a long and difficult life yet. There a slew of subtext that mustn’t be ignored, like: Race and poverty, access to healthcare and social services… These aspects of the story may be much less chilling than the image of a young mother pushing her dead child on a swing—but they’re equally disturbing.

And, yes, there’s something about reporting this story that makes me feel like garbage.

But not enough to stop me.

UPDATE: It was recently reported that the autopsy of the young toddler has been completed. While a cause of death has not been announced, it was reiterated that there was no obvious physical trauma or evidence of foul play.

Where you affected by the story of a young mother pushing her dead baby on a swing? Do you think this qualifies as news? Sound off in the Comments section!