Something to think about while you're out playing 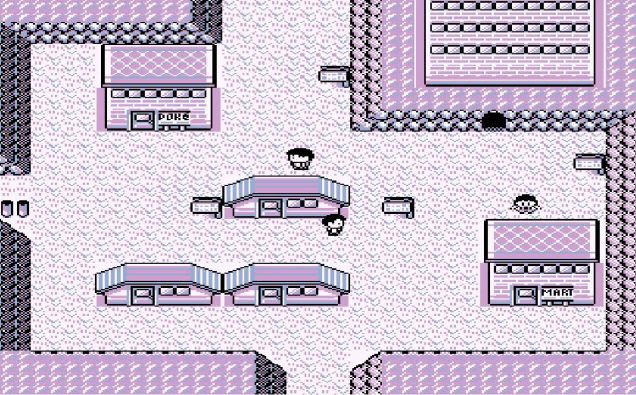 With the release of Pokemon Go, everyone is a pokemon trainer now it seems. But show of hands, who here played the original Pokemon Red and/or Blue? One day when I was 10, my brother and I were given Gameboy Colors and Pokemons Red and Blue by my parents. I chose Blue, he got Red. We played the hell out of those games. I even, with my bro’s help trading back and forth, got all 150 pokemon. Yay, me.

But before those games came to the US, they were over in Japan under the titles Pokemon Red and Green. And this is where our tale begins. An urban legend persists about these original Japanese games, specifically an early beta which was not widely distributed, titled the Lavender Town Syndrome. Do you remember Lavender Town? Lavender Town was the site of the Pokemon Tower, the giant monument where dead pokemon were buried. Though for most players, the biggest standout for this location in the game was probably not anything on the screen, but rather it was what was coming out of the speakers. Lavender Town had a very distinctive, foreboding, some would even say creepy soundtrack. For those who had no childhood, here’s a listen so you know what we are talking about here:

Why not just let that play while you read? That eerie melody is what you heard in the game as it was released in the US. But, according to the legend, the early Japanese beta used a different music piece. Supposedly this different piece was at a frequency that caused severe side effects in children. Children, as you probably know, can hear frequencies that we lose a deal deal of around the age of 20. Remember the mosquito ringtone, the ringtone that adults can’t hear? Yeah, it’s a real thing. I used to be able to hear it in high school, now I can’t. But this music, there were tones in it which only children could hear. Some of them felt sick. They got headaches or felt ill. For others, supposedly it was worse. The legend tells that something in this music caused these children to kill themselves. Apparently, the majority of the suicides involved jumping or self-hanging from heights, but others include more macabre methods like self-strangulation or even sawing off their own limbs.

Supposedly they finally linked the deaths to the game and finally to the piece of music playing in Lavender Town. They change the music and the deaths stopped. End of story.

Now granted, this is just an urban legend. However, it is very difficult to disprove. As the cases are said to have happened in Japan, doing research into whether any instances such as this happened are very difficult indeed unless one has a knowledge of the Japanese language.

Just, you know, something to think about to offset that rage as the Pokemon Go servers crash again. Happy hunting, dear reader.