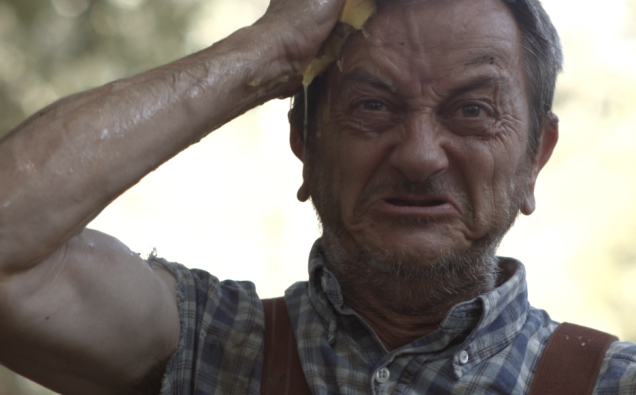 Written and directed by: Stephen Folker

Funded through Kickstarter, and now released on DVD & Blu-ray by Chad Armstrong’s Legless Corpse label, The Orange Man seemed like a very promising (and for once, original) horror comedy. The story follows a door-to-door salesman of oranges who one day, can’t take it anymore and becomes super pissed off. He then begins to target a group of friends who partake in a camping trip. Oranges are his weapon of choice, and of course, a bloodbath ultimately ensues. 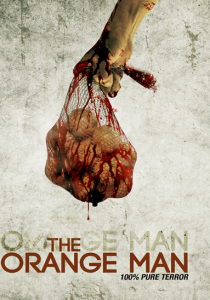 Considering this is a low-budget horror-comedy, and such films tend to not necessarily take themselves seriously at all, many may be turned off and decide not to give this film a chance. However, this is definitely an interesting spin on the horror-comedy sub-genre, and for once, this is an 80’s slasher-style throwback film that actually adds something new to said sub-genre. On top of that, the cinematography is pretty solid for that of a low-budget film, and the music is campy yet very dark, which really enhances the tone of the film.

My biggest complaint about this film is that the pacing is somewhat inconsistent throughout. There are scenes that are very action-packed that are followed up with long transitions, or in some cases, long periods of dialogue. The death scenes are definitely the high points of the film, with mostly all of them being both somewhat funny yet dark and brutal at the same time. 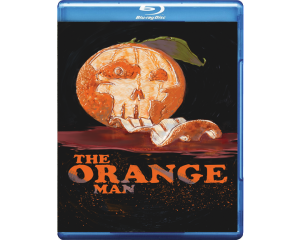 As for The Orange Man himself, this is a character that is very interesting. The backstory of this character is interesting enough, but when you consider how unique and refreshing it is see a killer use a comical weapon that’s never been done before (or at least to my knowledge), that’s just an added bonus. You can tell that actor Ben Rollins really enjoyed taking on the role of The Orange Man.

Overall, this is a very fun and unique horror comedy that manages to entertain throughout its entire runtime. The Orange Man is unlike any horror comedy I’ve ever seen before (which you could probably guess just by knowing the premise). If you’re a fan of horror comedies and can appreciate a well-made indie horror film made with a lot of heart, this is a film that you absolutely must see.