Careful what you wish for, it just might kill you! 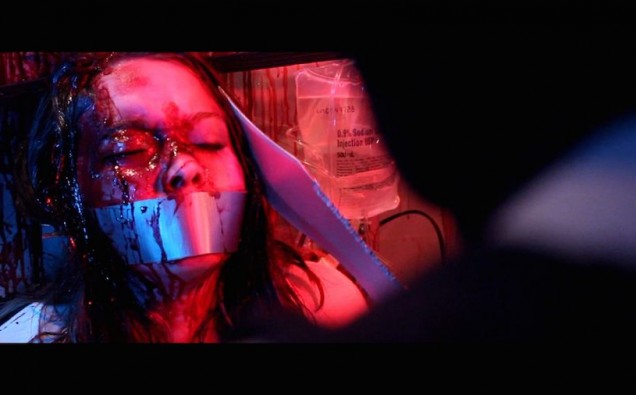 The great people of LeglessCorpse Films has recently acquired the distribution rights to the critically acclaimed horror anthology Volumes of Blood. 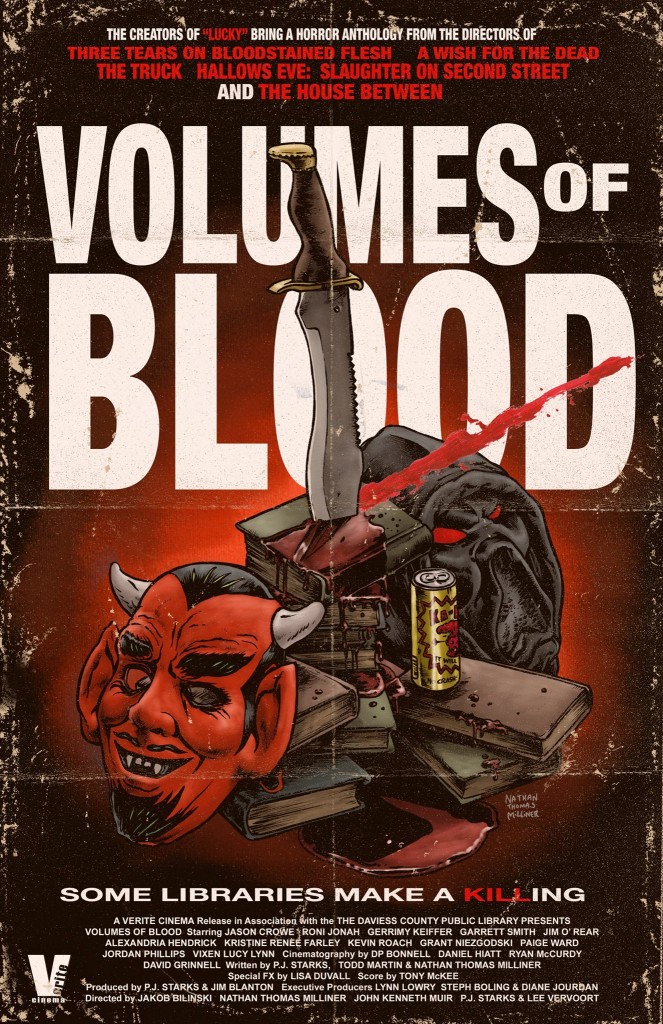 Volumes of Blood is an anthology of five tales of dread, from five independent horror directors.

Here is a synopsis of each story.

That’s a Wrap! A sociology student gathers several of his friends on Halloween night at the local library to help him create a new urban legend, with deadly consequences.

A Little Pick Me Up– Lily is in for a late night of researching and needs something to keep her going. It isn’t until she’s approached by a mysterious stranger that her luck may change, for the worse.

Ghastly– A typical night of work for a librarian becomes a classic ghost story with a modern twist. Sometimes you can’t keep a bad book down.

Encyclopedia Satanica– Sidney is allowed to stay after hours to study for a test. It’s not until she suddenly awakens in the darkened library that she realizes the horrifying truth of what lurks among the stacks of books after midnight.

13 After Midnight– Paige faces regrets that she’d do anything to take back. When an ancient and arcane spell book literally falls into her lap, she decides to make a grave decision. Be careful what you wish for, it might just kill you.

Volumes of Blood was produced by P.J. Starks and Jim Blanton, the team behind the indie horror short Lucky. The film also features exclusive work from Justin Mabry of Trick or Treat Studios and was Executive Produced by Lynn Lowry (The Crazies, I Drink Your Blood, Model Hunger). Directors Lee Vervoort, John Kenneth Muir, P.J. Starks, Nathan Thomas Milliner, and Jakob Bilinski had a hand in each story.

On April 26th, The Limited Edition Steelbook, BluRay, and DVD for Volumes of Blood will all be available exclusively at LeglessCorpseFilms.com, be sure to check it out.