Life Emerges from Death in New Clip for Victor Frankenstein 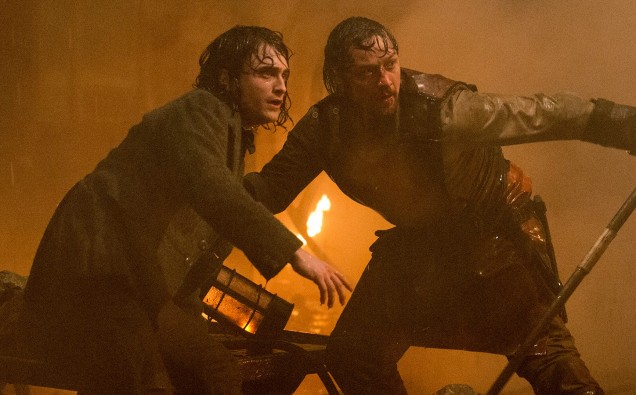 One of the films horror fans are most looking forward to this November is Victor Frankenstein (directed by Paul McGuigan and written by Max Landis) set for Theatrical release in the US on the 25th—just in time for Thanksgiving!  While Mary Shelley’s Gothic classic is one of the best knows stories in all of horror, this one looks to be unique, first and foremost, for the point of view it takes.

Official Synopsis: Told from Igor’s perspective, we see the troubled young assistant’s dark origins, his redemptive friendship with the young medical student Viktor Von Frankenstein, and become eyewitnesses to the emergence of how Frankenstein became the man – and the legend – we know today.

Just a couple hours ago, the folks at 20th Century Fox dropped another exclusive clip from Victor Frankenstein—one that illustrates one of Shelley’s most important themes: The emergence of life from death.  Be one of the first people to see it below!

One thing I can say for certain: Daniel Radcliffe is doing a hell of a job shaking his Harry-Potter past; his obvious gravitation towards Gothic horror seems well suited for him and a wise career choice indeed!

Are you looking forward to seeing Victor Frankenstein later in November?  What did you think of the most recent clip?  Sound off in the Comments section!