Hulu surprised us this Halloween with a new binge worthy teen horror series called, Light as a Feather. The show centers around 5 teenage girls who participate in...
by Thelonious Johnson October 13, 2018 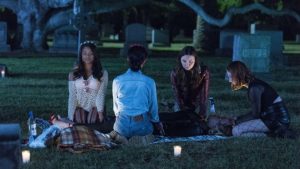 Hulu surprised us this Halloween with a new binge worthy teen horror series called, Light as a Feather. The show centers around 5 teenage girls who participate in a game of Light as a Feather, Stiff as a Board and deal with the deadly consequences based on the book written by Zoe Aarsen. 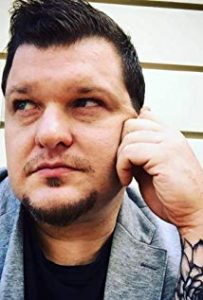 Director, Producer & Writer, Seth M. Sherwood gives us the inside scoop on the new Hulu series and what it was like to work on the newest infamous Texas Chainsaw Massacre installment: Leatherface. 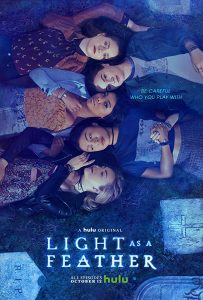 Thelonious: Is ‘Light as a Feather’ a spin-off of the cult classic, ‘The Craft’?

Seth: No, it has nothing to do with that. Light as a Feather’s story is based off a book.

Thelonious: Will this be Hulu’s version of an anthology series?

Seth: Hard to say right now. We need to see how it performs and if we do continue the series it will most likely be with the same characters you’ll be familiar with now.

Thelonious: What can cult fanatics take away from ‘Light as a feather’? Like fans with expectations of what they might consider the show to be about based on the title?

Seth: This isn’t close to the Craft so it’s not super horror-y, but they can take away some teenage angst. More in line with what they’ve seen on Riverdale and Supernatural. 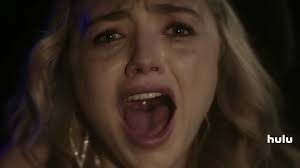 Thelonious: What were some of the challenges you faced with ‘Light as a feather’?

Seth: Adapting any book into television is always tricky. Some things work better than as text and of course, we want to incorporate major things from the book but also surprise the fans at the same time.

Thelonious: This year seems to be all about witches taking a more sinister turn, why do you think they’re making a comeback in this direction? Because it seems that Violet can manipulate magic?

Seth: Well, this isn’t about witches/demons. But it is true, there’s something going on with violet to show that maybe she can manipulate magic. By the end of the season, particularly episode #9 you may find the root of why things are happening, and the audience may be to sympathize with violet’s character.

Thelonious: You are also, the writer for ‘Leatherface’, what was that experience like?

Seth: It is both challenging and fun to write for a franchise character. Because people come out just to see that character but also, it is always hard to please the fans. Yet, I wouldn’t have changed it for anything in the world. It was an honor to add to the Leatherface’s story.

Thelonious: What approaches did you take in writing Leatherface’s character and the overall concept for that installment?

Seth: A couple actors, who have played Leather like Gunnar Hansen and Bill Johnson have mentioned that Leatherface, the character, is devoid of any sort of identity, only to serve his family and his sadistic whims. I wanted to show the progression, how he became the weird, inbred, cannibalistic kid what made him lose his humanity and ultimately, his sanity.

Thelonious: You’ve now been somewhat connected to (2) iconic trailblazers, is there a dream franchise you’d love to be part of?

Seth: After doing Leatherface and working within a box to keep other people happy, I am looking to do more original things.

Thelonious: What other projects should we be on the lookout for?

Seth: ‘HellFest’ is out in theatres right now. It’s a great throwback slasher flick and I will be working on another teen horror called, ‘The Unsettling’.

Light as a Feather available to watch on Hulu now! Click here to watch the trailer!