The woods are alive with the sound of awesome music! 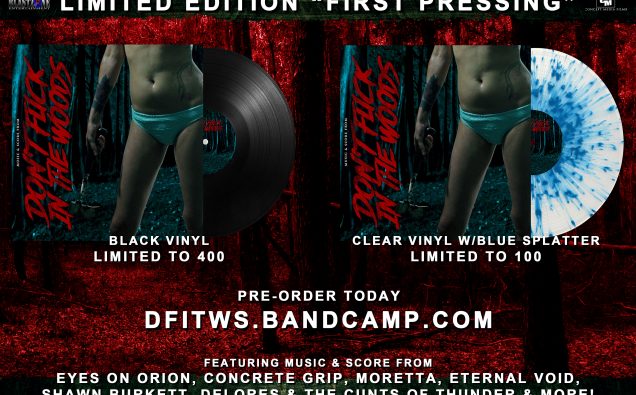 Blastzone ENtertainment has secured the rights to release the soundtrack for the film on vinyl. This will be a very limited release, with 100 clear w/ blue splatter and 400 standard black units produced. Once they are gone, they are gone for good! To secure your copy, you can pre-order at http://dfitws.bandcamp.com/.

And you can pre-order your copy of Don’t Fuck in the Woods on DVD or Blu Ray at http://www.conceptmediallc.com/store.