As Lovecraft's works go... this is one of them 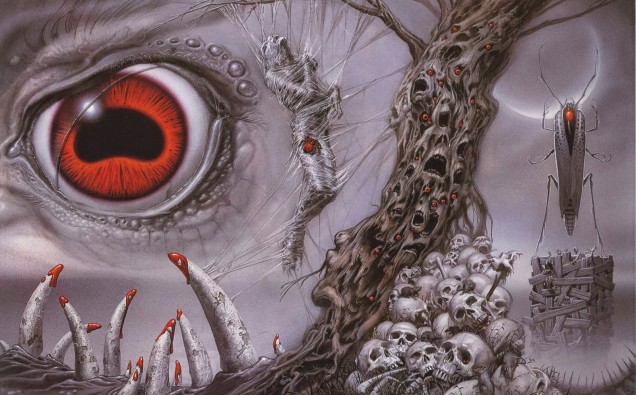 You can find a list of previous entries here.  Now, let’s take a moment to reflect on…

I actually considered skipping this one.  My point is to cover all of Lovecraft’s horror stories, and “Memory” is generally regarded as a tone poem, which is a slightly different animal from what is traditionally regarded as a story.  However, the ending of the piece gives it just enough context that, even in the absence of a plot, there is some measure of narrative implied.

“Memory” is a very short work, basically just a description of a fantastical land, and not really providing much in the way of concrete details.  Vegetation is described as “lethal,” “rank” and “evil,” but Lovecraft doesn’t really make it clear what a lot of his adjectives are even intended to mean in context.

There is little surprise in the payoff, that this strange landscape is a future Earth, and that the “memory” of the title is the indistinct recollection of humanity, reduced to a mere historical footnote.  The relative insignificance of human beings in the grand scope of the universe is an important theme in Lovecraft’s work, and “Memory” hints at the vast and uncaring universe that Lovecraft will steadily populate with a variety of great and terrible gods and monsters in the works to come, but here the effect is not so much chilling or humbling as it is slightly pretentious.

“Memory” is a minor work, entertaining enough for the time it takes to read the its mere 352 words, but it will likely be forgotten almost as quickly as it can be consumed.  It is, ironically, one of Lovecraft’s least memorable compositions.