Lovecraft Story by Story: “The Alchemist”

Another early Lovecraft story shows his talents already in blossoming 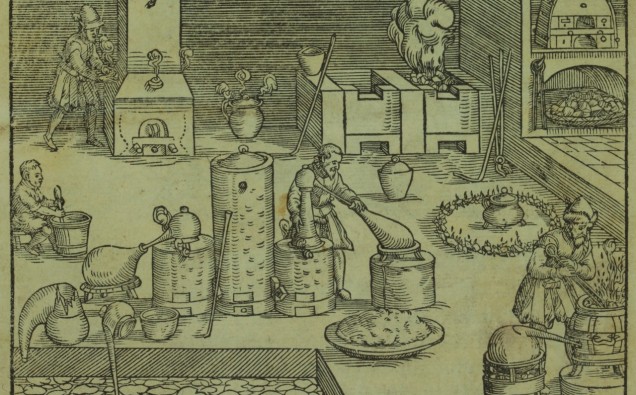 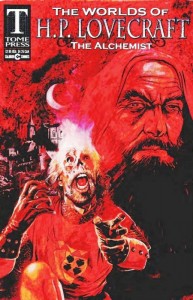 Like “The Beast in the Cave,” this story was written long before its first publication, while Lovecraft was still a teen.  It represents an early attempt to deal with the theme of alchemy, that forerunner to modern chemistry which holds such appeal to writers of weird and fantastic tales.  To modern eyes (and for purposes of this sentence, “modern” could be considered anything from the late 18th century onward) alchemy represents a blurring of the hard line rationalist thought has drawn between the scientific and the spiritual or supernatural; this makes it a goldmine (joke unintended) for horror narratives, and a good fit for Lovecraft’s notion of the “supernatural” as the manifestation of natural phenomena that the human mind simply cannot comprehend.

Lovecraft would revisit the ancient practice and examine it more fully in his novel The Case of Charles Dexter Ward (1943).  “The Alchemist” is really little more than a sketch, but it is an engaging and entertaining sketch.  It tells the story of a line of French nobles all cursed to die at age 32, and of Antoine, last of that line, who discovers the true nature of the curse and puts an end to it.  We learn of Antoine’s ancestor, Henri, who killed the wicked alchemist Michel Mauvais, in return for which Michel’s son vowed that Henri himself would die, and that no member of his line should live past  Henri’s age at that time. 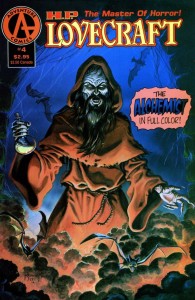 The European setting is atypical for Lovecraft, but the structure of the narrative, with its references to historical documentation and arcane studies and its build up to a last-sentence revelation of the true nature of the horror, is very much consistent with the author’s oeuvre.  In this case, that final revelation doesn’t come as nearly the shock that Lovecraft seems to have intended.  It essentially comes down to, “Everything suggested so far has been true.”  However, that response is certainly colored by a modern awareness of Lovecraft as “a writer of supernatural horror;” in the context of early 20th century popular fiction, readers might just as easily have expected an ending more in keeping with, for example, The Hound of the Baskervilles (Arthur Conan Doyle, 1902), in which Sherlock Holmes reveals the mundane chicanery behind an apparently supernatural case.

“The Alchemist” doesn’t fulfil all of the promise of its premise, but, then, it is relating 600 years’ events in fewer than 4000 words.  It’s an easy read, though, it moves quickly, and it sparks the reader’s imagination.

And now to close with my favorite quote from this story:

But strangest of all were his eyes; twin caves of abysmal blackness, profound in expression of understanding, yet inhuman in degree of wickedness.

If horror is your thing, keep reading The Blood Shed, and have a look at our Facebook page!