Lovecraft Story by Story: “The Transition of Juan Romero” 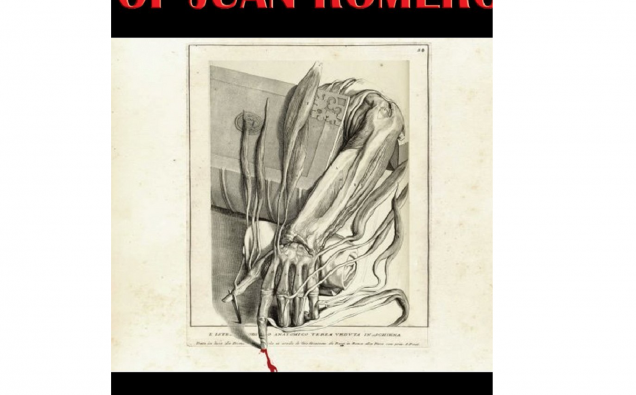 This minor work was never published in Lovecraft’s lifetime, only seeing print 25 years after it was written.  It tells the story of a mining camp where a chasm of immeasurable depth has recently been uncovered.

The narrator and his companion, the titular Juan Romero, are both laborers on the site, and are awakened one night by a storm and the howling of dogs and coyotes, but then hear an unaccountable rumbling, which seems to emanate from the chasm.  And it is this rumbling which leads them to the indescribable horrors expected of a Lovecraft story.

However, “The Transition of Juan Romero” reads less like a Lovecraft story than like a half-hearted imitation of his style, and it is no surprise that the author never sought its publication.  Absent are both the thematic and philosophical explorations that define Lovecraftian fantasy and the rich and florid detail of his trademark style.  Where normally he would withhold concrete description of horrific visions in favor of more impressionistic evocations, here he basically tells the reader nothing at all about what has occurred.  The nature of the horror is not so much unnamable in its grandeur and otherworldliness as it is simply skipped over.

The line which most leapt out at me, I’m afraid, seems remarkable not because it exemplifies what is best about Lovecraft, but because it reads almost like a parody of his usual phraseology:

“The event which I am about to relate was unheralded by long premonitions.”

It’s not an especially long or esoteric sentence by Lovecraft’s standards, but considering that it is expressing nothing more than the absence of atmosphere or tension, its 13 words are really 13 more than were needed.

In the end, “The Transition of Juan Romero” isn’t really a bad piece of writing so much as it is just a pointless one.

The Blood Shed offers not just reviews, but also news, analysis, original fiction and more!  So why not explore the site a little?  Then, stop by our Facebook page!