MA is on it's way to your house Sept 3rd. Get home safe! 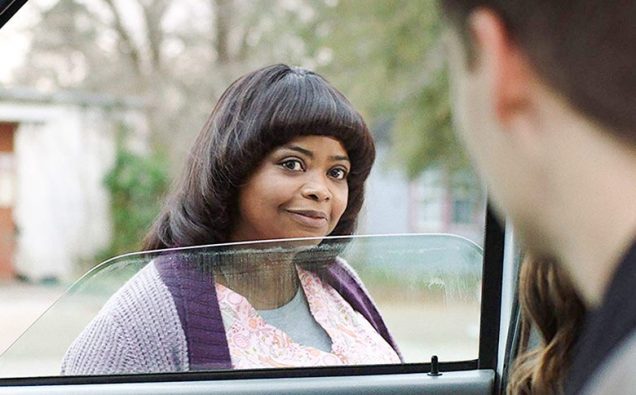 MA is a deadly story about a traumatized woman who never got over her high school bullying. When the opportunity to get revenge rears its ugly head, MA (Octavia Spencer) gets busy. Tate Taylor brings us a psychological horror/thriller that even with some plot flaws, is a surprisingly fun watch. 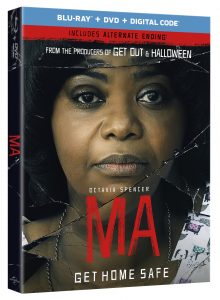 I’d like to say I was smart in high school and never did anything irresponsible or downright stupid- but that would be a lie. High School for me is a blur of parties, heartbreaks, and some pretty bad stuff that I won’t bore you with here.

My point is, many of us made the bad decisions that our parents warned us about. I wonder sometimes how I survived being young. In a reflection of the film, I know I went to strangers’ houses to party, without question. We followed our friends, went to iffy neighborhoods, drove when we shouldn’t have and walked in dangerous places after dark.

So, the things that happen in MA are plausible, well somewhat. MA worked in many ways but not in others. Is it a horror film trying to be a thriller or a thriller that morphs into a horror film?

MA starts out slowly, weaving a story that shows us how messed up all the families from this little town are. Sue Ann (MA) isn’t the only one whose life didn’t go as planned. We start with the story of Maggie, (Diana Silvers) who has just moved into town with her single mom, Erica, (Juliette Lewis) back to where her mom grew up. Erica goes off to a terrible job as a cocktail waitress and Maggie starts at a new high school. 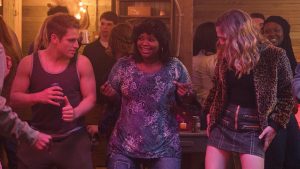 Maggie makes friends super quickly, (that I had trouble with) and at the speed of light is off in a van, with these new buddies, on her way to party. The only problem is they need booze. With a list of what they want and cash, they ask various adults to buy for them at a liquor store. Sue Ann, (Octavia Spenser) straight from work at a local vet hospital, agrees to buy for them after she notices the name of the company on the van. This is significant, and we will soon find out why.

Sue Ann goes directly into her plan by tipping off the dad, a local contractor named Ben (Luke Evans) who owns the van, about the kid’s party plans. By busting them, MA sets them up to need a new place and loses no time suggesting they party at her house. 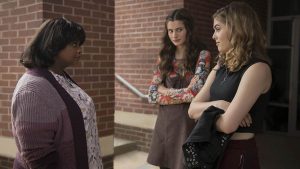 I’m not sure her first intention was to do anyone any harm. She might have been happy finally being popular, even if it was with 16-year-olds. But there was no way this could go well, and the clingy, obsessive Sue Ann pushed the boundaries between caring adult and creepy stalker, her anger from the past getting the better of her.

In flashbacks of Sue Ann’s lonely past, we realize she had a crush on one of our teen’s dad Ben, back in the day. We see what happened to her in front of everyone. This is a woman who goes to work every day to a demeaning job, with a horrible boss, where she can get horse tranquilizer. What could go wrong? Everything is perfect for a homicidal killer in the making. All these lead to one thing. When is Sue Ann, now nicknamed MA, going to explode? Will the party pit become a kill room? 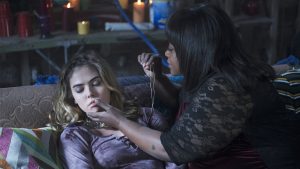 I think the kids should have seen the red flag warnings. The idea that a bunch of teens would go to a house where they got booze and free reign to do what they wanted to, is totally believable. (I had a party house I could go to anytime day or night in my neighborhood, back in the day.) All they had to do was not go upstairs, don’t curse and keep coming over to party. But the teens get oddly intimidating to her, which seemed out of character. Her constant phone calls and videos would tip anyone off that she was a stalker. And why when things got bad, did no one pull out a phone and call 911? That seemed strange. 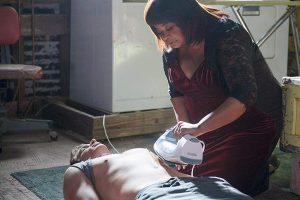 I do have one big question. There was a side story about Sue Ann’s daughter. A sickly girl who was at school at first, and then locked in the upper floor of the house. Is Sue Ann keeping her sick in a Munchausen’s by Proxy sort of way, or was she written in to help at the end? This was never really explained.

The best part of the film was simply Octavia Spencer. It was definitely her show. She could be adorable, dancing, the perfect host, and then a crazy, cold mother f*er in just seconds. When she finally gets the first kill under her belt (a character that was easy to hate) and then grooves to Earth, Wind, and Fire in her car afterwards, I had to smile. That was a great scene.

Since I watched it on Blu-Ray, I appreciated the deleted scenes and alternate ending. I always enjoy seeing all the behind the scenes stuff anyway, so Blu-Ray is the best choice for me!

Overall, MA is an entertaining and unique revenge film, with some very gruesome horror and decent acting all around. The ending is a really great twist too! There were some surprising character actors with small parts, spattered throughout who I loved. I would have liked to see Octavia go way father over the top, as I know she is capable of, but alas she kept her character fairly low key. Creepy as hell though. I would not want her stalking me!

MA was released on digital on August 20th and will be out on Blu-Ray/DVD
on September 3, 2019, complete with an all-new alternate ending!
From Universal Pictures Home Entertainment.