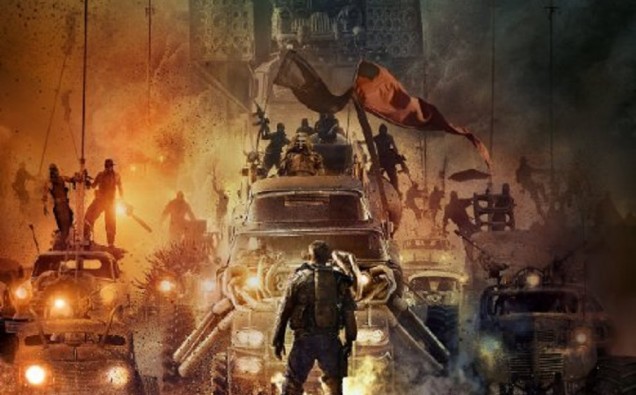 Seriously, this movie is amazing! I’m writing this right after just seeing it, & let me tell you something! Listen close…you ready?

FUCK YEAH! This movie is the shit!!!

Now, this isn’t a formal review, so I’m not going to give it a rating until I let all this excitement settle down & can actually critically think about this film. This is just my first impression of the movie (though if this is any indication, I don’t think it’s going to get any less than 5 out of 5). I’ve been hearing that this movie was great, even to the point where people have called this the best action motion picture to come out in the past 10 years. I’m glad to say that they were valid in their claims!

1) This movie is great, you don’t understand. You don’t even need to watch the first 3 movies to get into it! It does it’s own thing!

2) There are several scenes in this film that are genuinely terrifying & invoke horror movie imagery (especially Mad Max’s hallucinations…just down right creepy).

Tom Hardy really pulls it off as Mad Max, but the thing is, he’s not the real star here. Oh no, not by a long shot. That honor goes to Charlize Theron as “Furiosa”. She steals the show, & keeps it the entire time! It’s more of her story than it is Max’s, which is one thing I really like (out of many…like the whole movie, for instance) about it. Max is just caught in the middle of all this. He didn’t start the problem…hell, he wasn’t really involved until he was forced to be. And it’s great!

All the villains are incredibly unique, & the costume design is the best I’ve seen in…ever! Everyone has their own look, their own personality, & their own badass vehicles! Also, there’s a playing guitar connected to a hundred speakers on top of a big ass truck the entire time…oh yeah!

I’ll give a more detailed review once the movie has been out for at least a few more days & I’ve had time to dwell on it, so for now, I’m just encouraging you to go see this film. It won’t be a waste of anyone’s time, & it’ll blow you away!