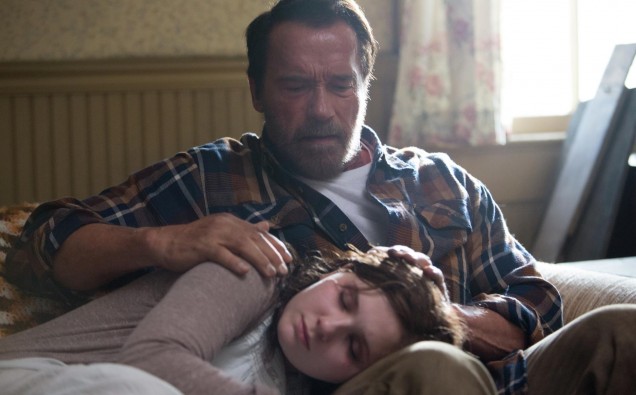 The world is not in a good shape.  A mysterious virus is threatening the population.  Federal and local government has done everything they can to contain the virus.  Anyone bit by an infected will turn into a zombie.  Wade (Arnold Schwarzenegger) has been looking for his daughter, Maggie (Abigail Breslin) for two weeks.  The good news is that he’s found her.  The bad news is that she’s been bitten.  He brings her home so that he and his wife, Carol (Joely Richardson) can look after her.    The law dictates that once she’s turned, she must be turned over for quarantine.  This is his daughter, not just a patient.  Wade is torn between what needs to be done, and his love for his daughter. Wade will do anything to protect his daughter.  The local police will do anything it takes to protect the town.

This movie took an interesting approach.  It’s not your average zombie film.  There are a few jump scares.  However, writer John Scott and director Henry Hobson wanted to tell an emotional story without using gore.  Most zombie movies we saw the creatures as evil and they must be destroyed.  In Maggie, we’re given a chance to see Breslin as a person.  We know she’ll turn into a dangerous creature.  Before that happens, we see her as a young woman who’s been a dealt a cruel hand by fate. 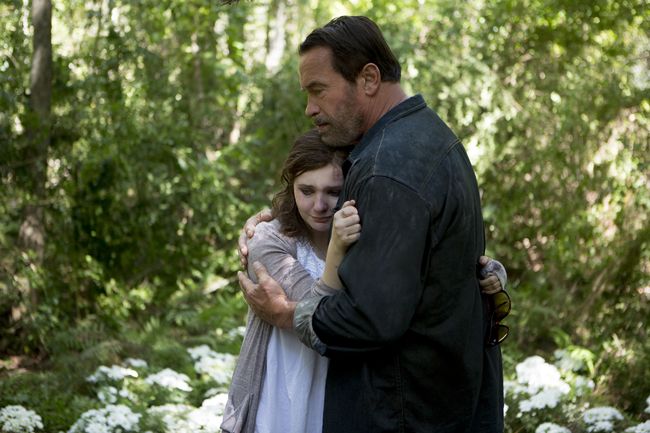 The actors really put the movie together nicely.  Schwarzenegger is used to playing invincible bad ass heroes.  Here, he’s a father who knows what has to be done.  The questions is: can he bring himself to do it?  Breslin is great as a young woman who’s trying to come to terms with her fate.  Both characters know what emotions to bring out of the audience.  They’re doing this on borrowed time because the audience knows the film will end, maybe not on a happy note.

It’s a shame few people will give this movie a chance.  Just because it doesn’t have the gore or the action of The Walking Dead, people will dismiss it.  This may be a small indie film, but it deserves a look.  I was hoping this movie would do something different.  I finished the movie and glad I gave it a chance.  It’s a horror movie that makes us care about someone everyone else sees as a monster. 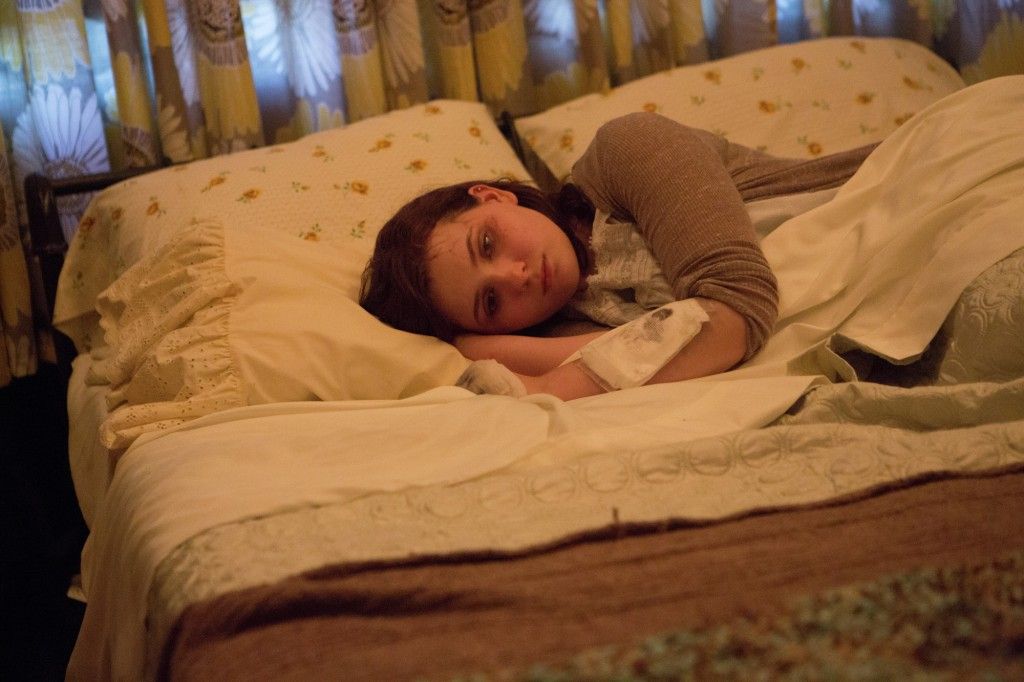 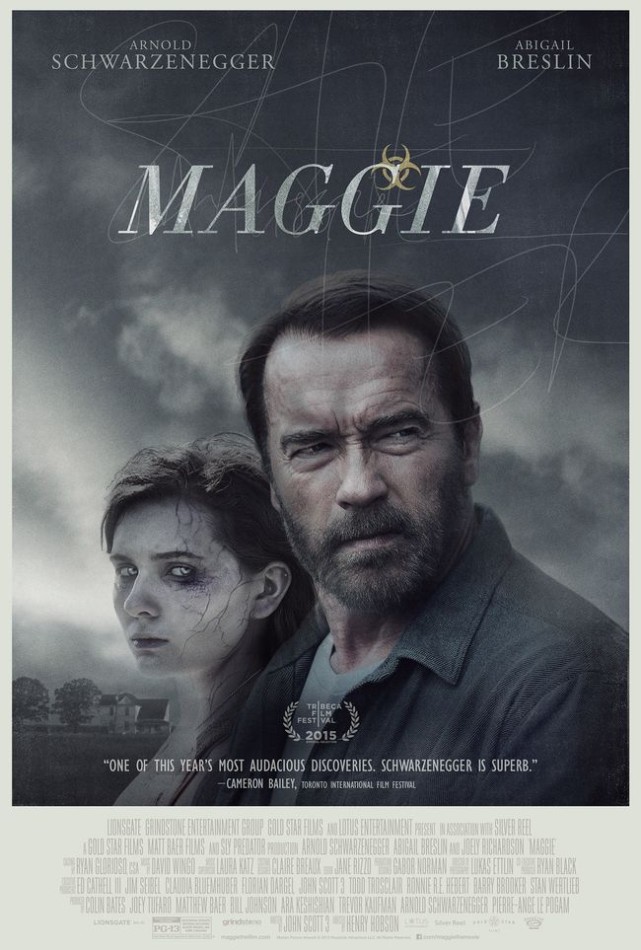