The Master is Back, and as Fateful as Ever.

Fifty years ago a fertilizer salesman made an unwise bet, an inexperienced crew was subject to torturous conditions in the hot Texas dessert, and a legend was born in the form of Manos: The Hands of Fate. One of the most greatest (and worst) cult films ever made, among fans of cheesy, stupid, and just plain bad cinema, Manos truly has a place in film history like no other. And guess what? The Master is coming back baby! 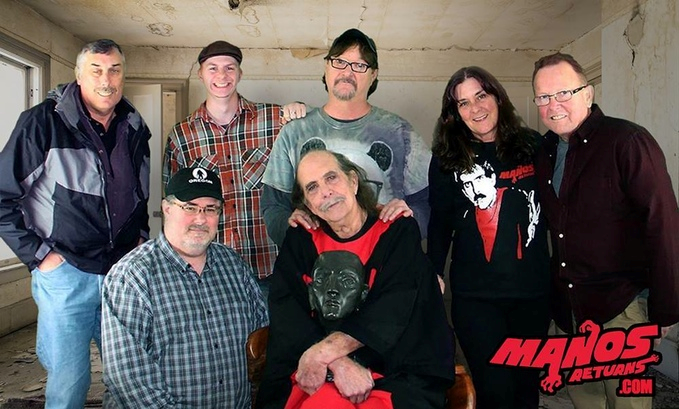 Currently raising funds on Kickstarter, Manos Returns is bringing The Master back for another round of B-Movies greatness. And perhaps the best news of all, several of the films original actors are returning! Sure, their old as shit now, but this is still pretty amazing news. People lost their poop after Arrested Development brought its original cast back, and that was only 7 years. Among the returning cast will be Jackey Neyman as little Debbie, now all grown up, and her father Tom Neyman, back as the iconic Master.

Guys, I can’t even begin to express how excited I am for this. I am a proud owner of The Hands of Fate on Blu-ray, and Manos has held a special place in my heart for years; I grew up on re-runs of Mystery Science Theater. The idea of a sequel with the original cast just about makes me cry for joy.  No, Manos certainly isn’t a film for everyone, but for all of us Torgo lovers, this is a project that NEEDS our help. 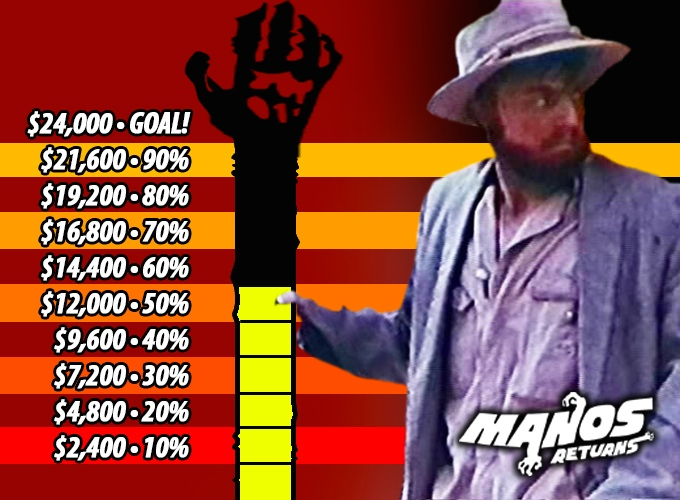 Currently the fundraising is doing well, on track to reach it’s goal with 23 days left on the clock. But I strongly encourage everyone who can to donate to this campaign, and to those who can’t at least help spread the word. It’s not everyday one of the most beloved cult films of all time gets an official sequel; don’t let this opportunity pass you by.

You can donate to Manos Returns here.