Controversial music mogul Marilyn Manson, is starring in a new thriller written directed by Corey Asraf and John Swab. Manson’s new film is dubbed Let Me Make You A... 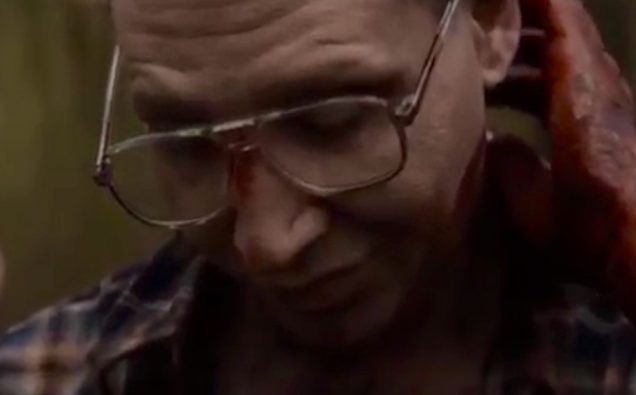 Controversial music mogul Marilyn Manson, is starring in a new thriller written directed by Corey Asraf and John Swab. Manson’s new film is dubbed Let Me Make You A Martyr’ just premiered at the Fantasia Film Festival and for what I’ve been hearing, has been getting great reviews ever since. One reviewer even boasted the film “didn’t disappoint”. So now I’m intrigued.

The Manson starred film is set to follow Drew Glass (Nikp Nicotera) returning home to his hometown and runs into his adoptive father, local crime boss Larry Glass (Mark Boone Junior). Drew during his return met up also with his adopted sister and past love June Glass (Sam Quartin). When Drew and June, in a attempt to escape together from their past and run away together, think up a plan to kill Larry. Larry aware of possible death by the two hires a hit an (Manson) to…take care of his problem.

“Manson signed on two days before we started shooting,” John Swab & Corey Asraf told Deadline. “Initially the role was written for a Native American, so once we knew he was on board we had removed any reference to his character’s ethnicity. It was interesting to rediscover the character as Manson brought a new Pope to life.”

Manson’s career in music began in 1989 when he and guitarist Scott Putesky formed the band Marilyn Manson and The Spooky Kids. The band’s name was later changed to simply Marilyn Manson and brought Manson to come involved with Jeordie White (Twiggy Ramirez) and Stephen Gregory Bier Jr. (Madonna Wayne Gacy) who were members of his band when it was dubbed the current + The Spooky Kids. Manson’s band was responsible for 1990’s hit singles “AntiChrist Superstar” and “Mechanical Animals”. If you notice each of Manson’s former band members including himself all have the first name of an icon and last name of a killer. Think about it, Marilyn [Monroe] [Serial Killer Charles] Manson, Twiggy (derived from the 1960s+ model Twiggy) [Serial Killer Richard] Ramirez and Madonna (derived from the 1980’s music icon Madonna) [Serial Killer John] Wayne Gacy. This trend in the band concluded in 1996 but the band never concluded their controversial performances. It wasn’t until 1997 for Manson to make his break into film with David Lynch’s Lost Highway, which now opened the door for him to star in Let Me Make You A Martyr’ as he already was an actor during casting call.
Although there isn’t a release date at the moment , the thriller premiered July 22nd and is set for release later this year.

In the meantime check out Manson on Salem season 3 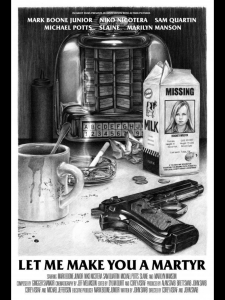