Will we ever see the psuedo-vampire on the screen? 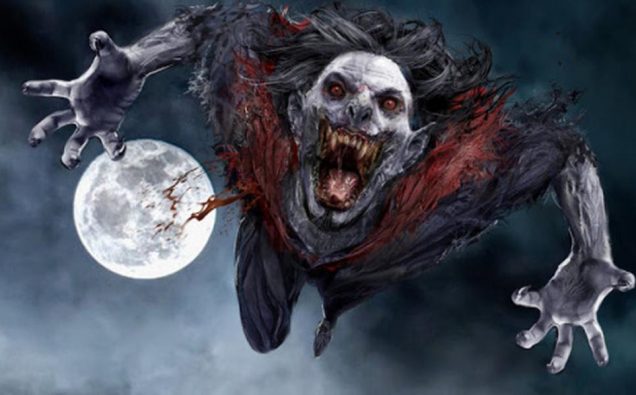 There are a few horror characters in Marvel who are tentpoles for the company. Ghost Rider, Blade, Werewolf by Night, and Morbius. Michael Morbius actually started out as a Spider-man villain. He was a geneticist with a rare blood disorder that was slowly killing him. To combat the disease, Morbius developed a serum derived from bats and used it on himself. It cured him of his disease, but turned him into a pseudo-vampire. While originated in science rather than the supernatural, Morbius exhibits all of the normal symptoms of vampirism. Even from his start he was a very tragic villain. He was a good person driven to consume blood against his will. Later he moved away from the Spider-man series and became a anti-hero in his own series as part of the Midnight Sons imprint. He decided that while he could not stop himself from consuming blood, he could be more choosy and target criminals exclusively.

Morbius has had three, count them, three brushes with the big screen already, always falling just short. The furthest the character ever got was a cameo in a filmed alternate ending to the first Blade film. This ending saw Blade exit the building after Deacon Frost’s defeat, going up onto the roof to watch the sun rise. Behind him a figure stands on another rooftop, clothed in a long black coat with a cloth around his face, watching. It was confirmed that this was Morbius, the intended villain for Blade 2 until Del Toro came onboard and changed the plot. Check the only live action of Morbius below!

Aside from that, Morbius almost appeared in two different Spider-man films. Sam Raimi has gone on the record stating that he was considering using Morbius as a villain in the canceled fourth Tobey Maguire film. And Michael Morbius’ name appeared as an easter egg, showing up in a listing of Oscorp employees in Amazing Spider-Man 2, showing an obvious intent to use the character at some point.

While Morbius just missed being in a Blade movie, he did play a huge part in the Blade mythos in the comics as a direct result of the Blade films. Before the films, Blade’s powers in the comics were vastly different. A far cry from being a “Daywalker”, the comic version of Blade was immune to vampirism and possessed an ability to sense the supernatural in addition to being a superb fighter. The first Blade film was the first time we saw Dhampire Blade, with all the strengths of a vampire but none of the weaknesses, save for the thirst. But, as the comics sometimes do when the films have an interesting idea, the writers at Marvel quickly worked out a way for the comics character to acquire the abilities the the movie version did. Simply put, it involved a spellbound Morbius biting Blade and the former’s unique version of vampirism reacting with the latter’s unique blood to turn Blade into the half-blood dhampire we all know and love.

Will Morbius ever make his way to the big screen? Well, the pieces are in place. Marvel is showing interest to the supernatural side, with Dr. Strange and Ghost Rider now in the main film universe. And with Spider-man now in the fold due to a deal with Sony and evidence that they want to shine the spotlight on villains we haven’t seen yet on the screen (Vulture and Shocker!), the signs point to Morbius being a very distinct possibility. Here’s hoping!