Masters of Horror: Dreams in the Witch House Review

Which Witch is Which? 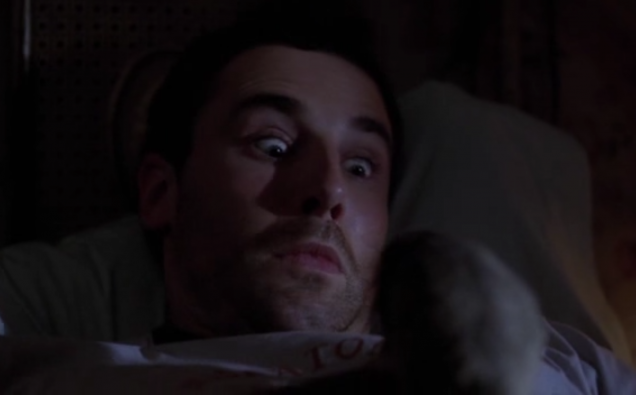 Oh H.P. Lovecraft, how I love thee. One of the most iconic and skilled storytellers of the 20th century, his various novels and short stories have been turned into countless films, and arguably the best of all of them is Re-Animator, a deliciously dark horror comedies ever made. And now thanks to Masters of Horror we have Re-Animator’s director Stuart Gordon back with another adaption of old Howard Phillips work, Dreams in the Witch House.

A contemporary retelling of the 1920’s set original, Dreams has a lot of Lovecraft tropes without over indulging itself. Rundown buildings, bizarre characters, alternative dimensions, all-powerful incomprehensible evil; it’s all here, and all on good display. It’s not perfect, with a few scenes that awkwardly fail in trying to invoke Re-Animators goofy sense of humor, but succeeding in feeling really feeling out-of-place, especially in a story featuring infanticide and graphic rape. Thankfully, Stuart Gordon does overcome these minor problems to deliver a good Lovecraftion tale.

Are film opens up with Physics student Walter Gilman moving into the titular building, an apartment with cheap rent and a storied reputation of murder and depravities. But he’s a broke ass grad student, and hell, it beats living in the streets. Unfortunately it’s not long after making his down payment that Walter starts to have horrible dreams, frequented by a rat with a mans face, a rapist witch, and a desire to stab his neighbor’s baby. Suddenly student loans are looking to be the least of his problems (and that’s saying ALOT.)

First up, the witch is freaking nuts in the best kind of way. Yeah, she looks fairly stereotypical (crazy old lady with wild eyes and claw like nails), but its pretty rare to see a film where the female villain rapes our male protagonist while cutting a pentagram into his back, cackling like an insane woman the whole time. Through out it’s run Masters of Horror really took advantage of its anything goes content standards to deliver some seriously nasty imagery, and Witch House held some of the series best. The premise itself is pretty grisly, and the ending is as dark as they come. Lovecraft wasn’t an author known for Happily Ever After. 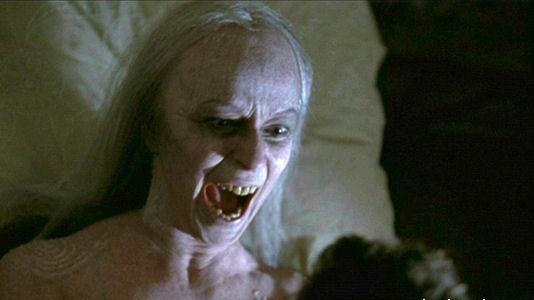 Unfortunately the films other main villain, a rat with a human face, is just ridiculous, and in all the wrong ways. Asides from having mutton chops and a bizarrely British accent,  the little rodent just looks awful, like someone spent 5 minutes on faceinhole.com before saying “the hell with it” and giving up. Despite murdering multiple people, including a pretty sweet looking alien style chest burst, the knock-off Master Splinter is way too piss poor a monster to take seriously.

Dreams in the Witch House, just like Incident On and Off a Mountain Road, is once again an imperfect tale, but still a fairly solid episode of Masters of Horror, and the strongest of the series so far. Next up though were in for a real treat with Dance of the Dead from director….wait for it…. Tobe MotherF***ing Hooper! Join me next week for that fun time, and until then keep it real guys, and keep checking back to The Blood Shed for quality horror news and reviews.

Jeff is a writer for The Blood Shed and eats, drinks, and bleeds horror. You can follow him on Instagram @thatjeffreyguy.