May is Zombie Awareness Month and ‘The Dead Don’t Die’ Film Can Help!

Watch the video to be prepared for the zombie apocalypse! 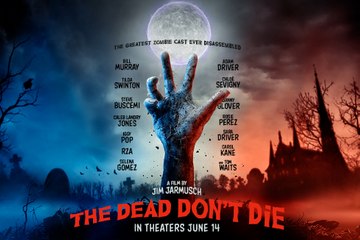 May is Zombie Awareness Month! For those of you that don’t know about it, let me refer you to some experts in the field of zombies: The Zombie Research Society and the new film The Dead Don’t Die, that will be in theaters on June 14th.

The Zombie Research Society established the month of May as Zombie Awareness Month in 2007. During this time many of their members, fans, and followers observe the occasion by hosting charitable events, attending conventions and meetings, or by simply wearing a grey ribbon to help spread awareness. The campaign has since been adopted by a number of official organizations over the years including several state governments and the Centers for Disease Control and Prevention. It’s truly a time for celebration, reflection, and education!

Zombie Awareness Month is a campaign to bring awareness about zombies and the possibility of a future zombie apocalypse. The month of May was chosen because a number of notable zombie films are set in May … In addition, the sense of hope, renewal and optimism that the spring season brings gives a contrast to the darkness of a zombie apocalypse. Supporters of the movement wear gray ribbons to spread awareness. The gray ribbon signifies the shadows that lurk behind the light of day.

Prepare yourself here with a great Public Service Announcement from the people at the new film The Dead Don’t Die. Enjoy the fun clip!

In recent years, Zombie Awareness Month has become internationally recognized and the campaign is celebrated online by many major publications. It has even spawned the popular hashtag #ZombieAwarenessMonth on social media including both Facebook and Twitter.

Join the Zombie Research Society online at Facebook or Twitter, and simply use the hashtag #ZombieAwarenessMonth to share some of your personal stories and tips for surviving the zombie apocalypse. For more info on The Dead Don’t Die find them online at Facebook, Twitter and Instagram. This is your chance to support the campaign, help raise awareness, and maybe even save the life of someone you love… After all, what you don’t know can eat you! #TheDeadDontDie 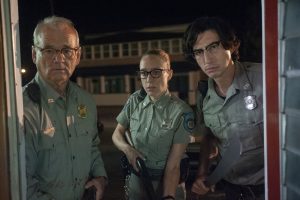