Once you see it, you’ll never forget it—even if you want to! 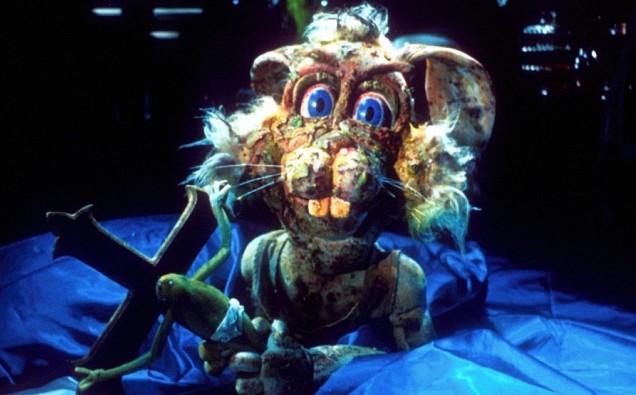 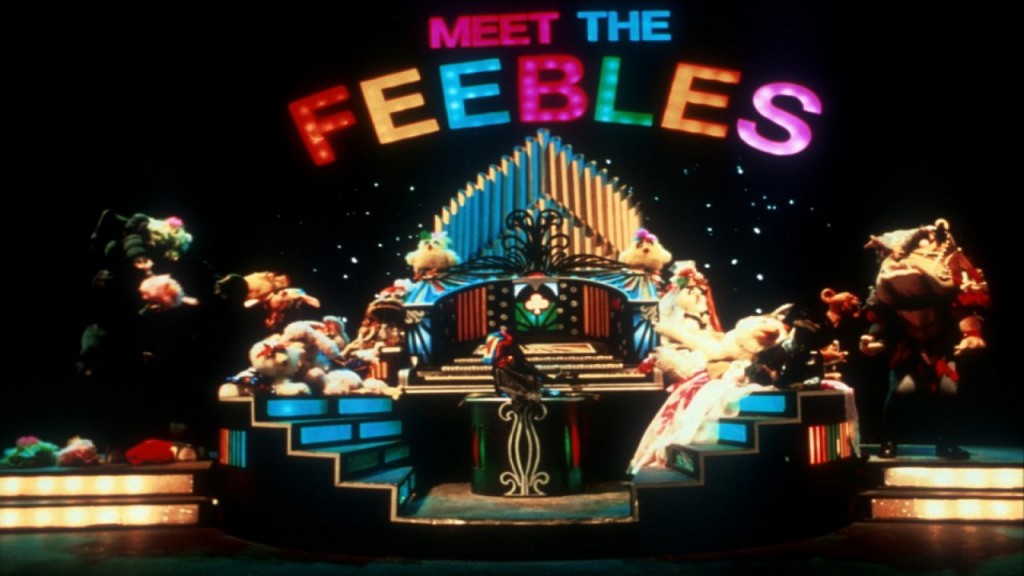 After his first feature film, Bad Taste (1987) and before his cult masterpiece Dead Alive aka Braindead (1992) Peter Jackson made a movie completely populated by puppets: 1989’s Meet the Feebles.  It’s one of the most disgusting and irreverent films ever made, a perverse reimagining of The Muppet Show that, for a brief moment, was legendary in underground cinema circles.  Yet today, many horror fans are completely unaware of its existence.

Jackson’s soaring success as the driving force behind The Lord of the Rings Trilogy inspired fans to look at his entire filmography.  But while Bad Taste enjoyed a resurgence in popularity and Dead Alive’s cult appeal went through the roof, Meet the Feebles never received notable reexamination.  Besides a sarcastic mention in Jackson’s 2004 Academy Awards acceptance speech (where he joked it had been wisely overlooked for an Oscar) Meet the Feebles has retreated into near obscurity.

I first saw Meet the Feebles on a bootlegged VHS my freshman year in college—and I loved it; we all did!  It was the peak of the coke-fueled, HIV phobic 1990’s, and the term “politically correct” had only recently been coined.  Jackson’s puppet-horror was so far beyond irreverent, spat on so many societal taboos, it felt legitimately dangerous, like something akin to pornography (which is actually a reoccurring theme in Meet the Feebles!).

So why is such an impactful (albeit excessively nauseating) film a mere footnote in Jackson’s career? 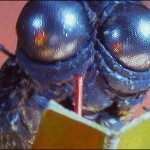 Whereas Bad Taste proved to be an insightful indictment of fast-food commoditization and the culture of consumption, and Dead Alive (while perhaps the most disgusting movie ever made) turned out to be a precursor to the wildly successful zombie craze, most critic (and even fans) regard Meet the Feebles as little more than juvenile.  What shocked us in the 1990’s no longer raises an eyebrow, giving today’s gore connoisseur little incentive to revisit for thrills.  All this seems to suggest its ability to entertain may be limited to those who look back on the 1990’s with a sense of rebellious nostalgia.

But I don’t think so!

I say, if you’re lucky enough to stumble across a Meet the Feebles DVD on eBay or at a convention, grab that sucker like it’s gold.  Not because it’s a great film, not because it will shock and sicken you, but because it’s an amazing window into the mind of a genius filmmaker in the making.  Okay, in a vacuum, Meet the Feebles would be an embarrassing time capsule of the late 1980’s and early 1990’s (it’s hardly compassionate or insightful satire), but it presents a fascinating (if nasty) facet of Jackson’s psyche that enhances our overall understanding of his filmmaking.

Meet the Feebles can also serve as great inspiration for today’s aspiring filmmakers—not for its content, but for what it illustrates and represents.  It shows that, in his formative creative years, Jackson wasn’t afraid to produces something downright bizarre and potentially reprehensible.  Meet the Feebles is unapologetically weird and utterly offensive, but it made an impact.  It proves that it’s never best to reproduce current mainstream trends, rather filmmakers can prove their potential by showing how fearless they are.  And if you’re worried that producing a nasty shocker like Meet the Feebles might be detrimental to your career in the Entertainment Industry (the way a nude photo might derail a person’s political aspirations), just look at the respect Jackson went on to garner! 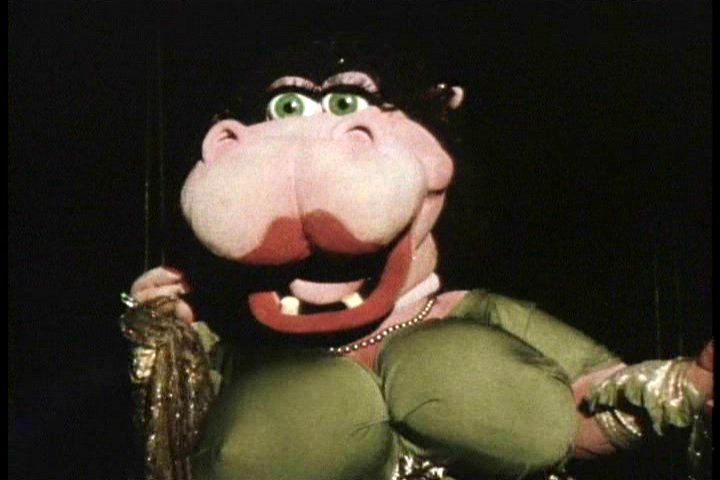 Meet the Feebles is fatally flawed in a lot of ways, and Peter Jackson is right to spend time revisiting his more important achievements, but it should never disappear from history.  It’s more than just a footnote in one great artist’s filmography, it’s an intriguing chapter in and of itself. It’s definitely not for the faint of heart or easily offended—but if you were that type of person, you probably wouldn’t be hanging out at The Blood-Shed anyway!

Personally, I still love it!  Give it a whirl!

Have you seen Meet the Feebles?  If not, does it sound like something you’d like to see?  Sound off in the Comments section!