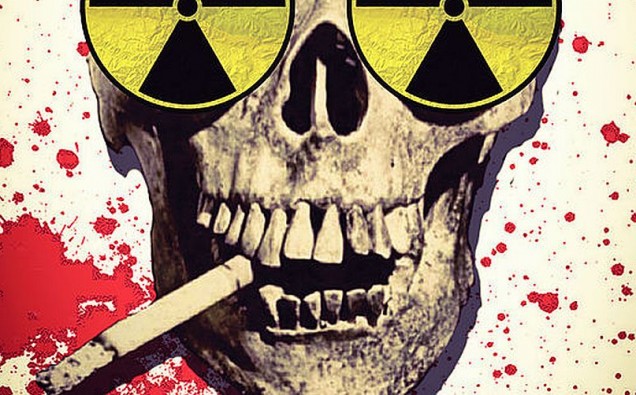 There are many things which set Meltdown apart from your run of the mill zombie flick. For starters it begins at the onset of the zombie apocalypse and follows a group of survivors for two years where their lives go from bad to fucked. The story begins with Hunter, an average guy about to propose to his super bitchy slut of a girlfriend, which he does with dicks drawn on his face. As much as he loves her she’s just not right for him. All his friends can see it. Especially Callie, his super cute friend who actually loves him for who he is. The choices Hunter makes will define him when the zombies take over the city and the fight for survival begins.

The film is an ’80’s style horror comedy with more of an emphasis on horror then a film like Shawn of the Dead. While there are some witty lines here and there what really stands out is the excellent zombie gore. All of it is done with practical effects which are a refreshing change from today’s over reliance on CGI. Some of my favorites include a zombie baby eating its way out of mommy’s stomach only to rip out daddy’s throat and a mangled, chewed on zombie dick. The chaos on the city streets is the highlight of the film. The zombies evolve over the two year time gap to become the super fast and deadly black ‘Howlers’. The howlers aren’t the worst thing lurking in the wilderness though. Groups of nomads and crazed religious ‘Zealots’ become an even bigger threat to Hunter’s group. 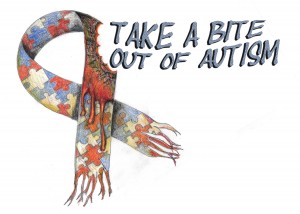 Perhaps the best thing about Meltdown is a portion of the money generated by the film will go to charity. If I had to choose between spending my hard earned cash on one of two similar zombie flicks I’d pick the one that was giving something back. Meltdown was shot in and around Pittsburgh. Unlike most films the filmmakers also worked with the community to be inclusive during production. Meltdown is the first film in a planned trilogy, and let me tell you the ending definitely leaves you wanting more.