A tale of dick thieves 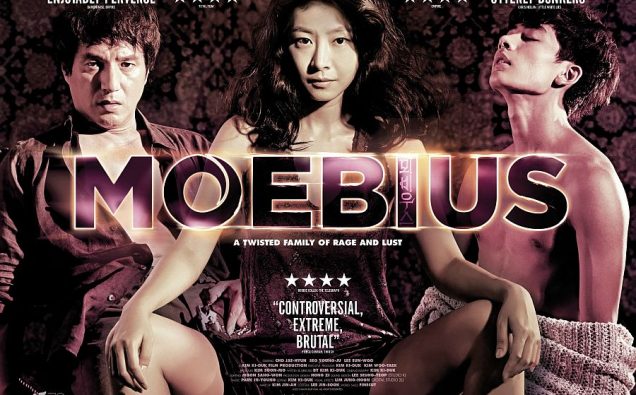 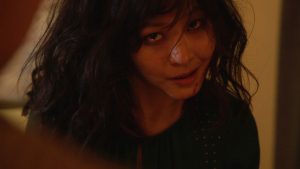 Moebius is a Korean film, but you don’t have to worry about reading subtitles. This is because the entire film is dialogue free. It’s a stylistic choice, and it works for this story. Remember all early films were silent out of necessity, and while not silent this film uses the absence of dialogue better then a lot of the films that didn’t have a choice. It also contains some of the most fucked up sex scenes I’ve ever seen. Knives and hard stones are used to achieve satisfaction. There’s more castration present then just the son too. In a hilarious and awesome scene another man losses his member and chases the dick thief down the street in an attempt to reclaim his stolen hard on. Unfortunately for him, the dick is run over by a truck.

Netflix classifies Moebius as a ‘drama’. While I guess you could call it that, it’s pretty damn horrific. All manner of sexual dysfunction is present within this family, and it leads to a pretty horrifying conclusion. Although it was initially banned by its home country, and I can see why given the extreme subject matter, it’s not filmed as explicitly as something like A Serbian Film. I’d classify it as a disturbing psychosexual thriller about one kid’s struggles in dealing with a fucked up family dynamic… and all the horror that comes with it.