"Death is an easy pill to swallow" 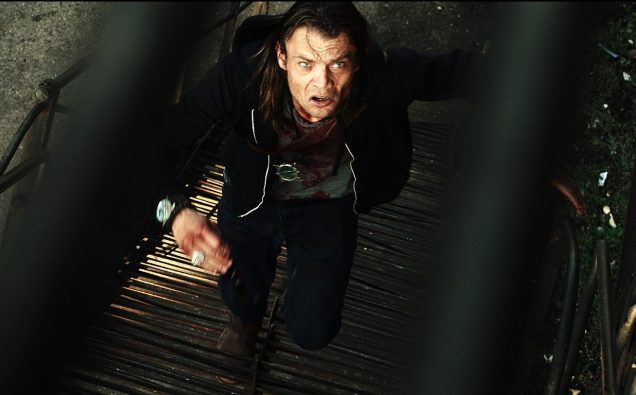 Drugs have never looked so terrifying as they do in this film from first-timers, writer Ken Hoyd and director Morocco Vaughn.

Mollywood is a psychological thriller that takes us into the world of an underground rave, that happens once a year in Chicago. Led by the hippest DJ in town who goes by the name of Rush, Mollywood is the place for music and some insane custom-made drugs. Here we meet Chase, a serial killer who disguises himself as a drug dealer, in order to “deliver” young people their worshiped drugs in the name of God. He is a chemist of sorts and makes all the drugs himself, and there are some serious consequences if you get involved with him. 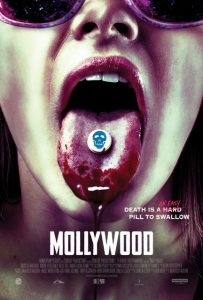 So, I used to be a DJ back in the day and did my share of partying, but I’m sure glad there were no designer drug dealers like Chase. This guy is a mess and incredibly creepy, but the weird part is that I kinda believe that people would follow him when it comes to getting drugs. I have always been amazed at how stupid drunk people can be when offered a magical party experience. Lucky for this guy, because otherwise all the party people would be running the other way from him! He is one horrible and scary looking dude.

When the body count around the club starts to grow, a former detective name Zack (Vincius Mercado) is brought in to take on the case. Zack has a problem with drug dealers and anger issues, so putting him back to work is a crap shoot. Zack is all over the place, trying to figure out this crime spree.

I really love parts of this film. The stunning colors, depth and even the feelings in the cinematography were fantastic. It was a beautiful film to watch. The alleys were breathtaking. But there were times where I literally could not understand a word of what certain characters were saying. That left me frustrated, much like Chase was by the kids going to the parties, having fun in a way that he never could.

I got that the bad guy and the cop were not so different and were affected by and hated drug use. That was both of their motivations. So, neither one of them is a very likable character. I know that it was important to bring in the local drug dealer Bijou, (a very over the top rapper Waka Flocka Flame) to show why Zack was so angry at drug dealers. 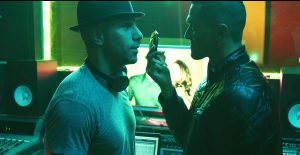 But again, there were many things that make this a cool film. I loved Billy Dec’s portrayal of Rush, the DJ. He had the knowledge of what Chase had been through as a kid and with that information, Chase could have been a more sympathetic character if he hadn’t been such a creepy asshole. I just wish Rush had listened to his girl, who kept telling him that something was wrong with Chase.

The one thing I absolutely adored was Micah Fitzgerald as Chase. His whispery and angry voice gave me shivers up my spine and as stated before, I would not want to run into this guy, anywhere, especially in a dark alley offering me drugs and ominously mumbling “Do not be afraid, there is no fear for the righteous.”

This is a film with an abundance of gore, and I LOVED that too. The practical effects were so well done! Bodies decapitated, eyes burned with acid, throats cut, limbs removed and on and on. All of them added to the vibrant colors weaved throughout the film.

The bottom line for me is that I really enjoyed watching Mollywood, despite some confusion and difficulty hearing all the dialog. I loved the conclusion, and it is a terrific debut for both the writer and director. Mollywood is a movie worth catching and could be the next “Reefer Madness” film to warn kids about the dangers of drug use!

The horror/thriller Mollywood is available from Momentum Pictures on Demand and Digital on June 4, 2019.

All photos courtesy of Momentum Pictures