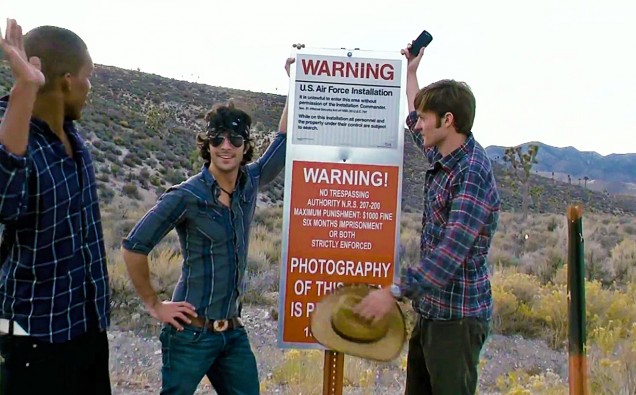 PLOT: Three young conspiracy theorists attempt to uncover the mysteries of Area 51, the government’s secret location rumored to have hosted encounters with alien beings. What they find at this hidden facility exposes unimaginable secrets. 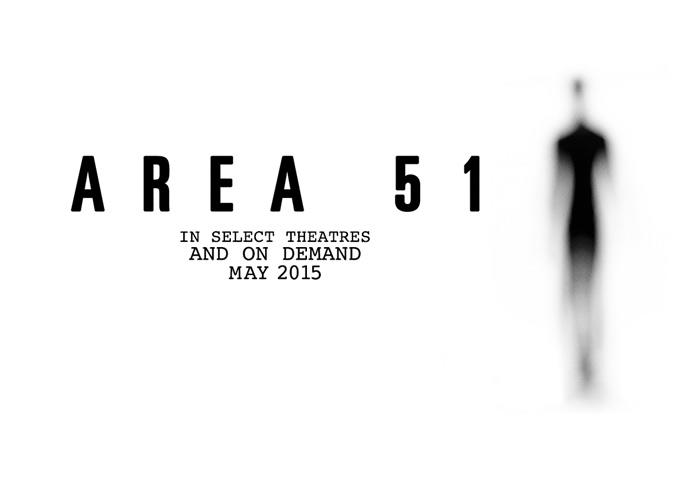 I am going to keep this as spoiler free as possible because this is not a wide release movie and after speaking with a few critics that had never heard of it, I don’t think many people would have seen it.

As soon as I saw this was another found footage movie I already had my guard up expecting a 90 minute disaster, because it seems we are being bombarded with them lately and 90% of them are complete shit. I do try to keep an open mind though and there have been some really good found footage movies in my opinion, namely Paranormal Activity and As Above, So Below.

After 10 minutes of watching it I already hated it, but I stuck with it because I am extremely interested in the subject of Area 51, advanced technology and anything relating to astronomy, space and life on other planets.

Giving the poor opening the benefit of the doubt paid off. BIG TIME.

I would say this is the best found footage movie since–I don’t even know when! Probably since Paranormal Activity. It raised the hairs on the back of my neck more than any movie has since M. Night Shyamalan‘s epic alien movie Signs.

There is room for improvement in this movie. By now I am sure you are aware of what Area 51 is and also that this movie is about a group of people breaking into Area 51. So without spoiling anything… The security on the base (in this movie) is a little unrealistic, the movie shows some advanced security but it would never be as easy as this movie makes it seem to get onto the base in reality. There are other scenes later on where the same issue occurs; it all seems too easy to bypass certain things.

The only other issue I noticed is that when they’re spotted and try to escape the camera angle changes so you can’t make out anything that’s going on; the picture cuts completely with a few flashes of light and audio overlay. They don’t even try to show the escape attempt. It seems as soon as they run through a door the security doesn’t pursue them at all, and you can’t really make out how they shook the security.

These are really my only complaints with the movie: Pointless slow opening, unrealistic weak security on Area 51, and the film making and editing gets a little sloppy and lazy at points. There are points that seem to have weak acting but it doesn’t do any damage to the movie, in my opinion, because it’s a found footage so it kind of works in its favor.

The plot to this movie is great; it’s simple and effective. It may be a little unrealistic but they do a somewhat good job of making it believable with all the preparation they do to gain access into the base. There’s a scene in a house prior to them going to Area 51 that builds an incredible amount of tension and really turned this movie around for the better.

After that it’s just a suspense filled, edge of the seat movie in my opinion. The suspense doesn’t stop for a second; it’s just pure nailing biting shit happening. There’s no stupid jump scares, false jump scares or annoying sound effects that deflate you. It’s all actually very well done in my opinion.

There’s some fantastic images throughout the third act and some real hair raising scenes. I actually really really like this movie. 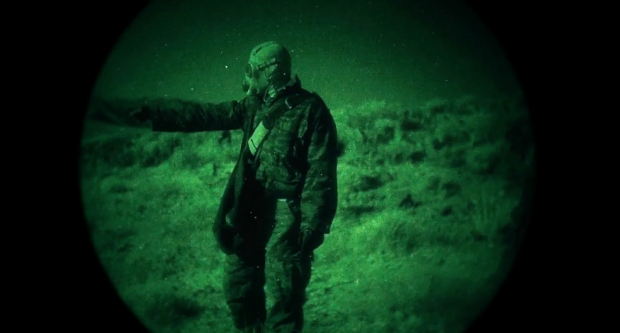 Now the ending is hit or miss… I can completely understand if people don’t like it but I thought it was excellent. Yes there are a couple of shots that push it a bit too far but leaving the audience to make their own minds up about what happened works well for this movie.

People may not think this is a well-made movie; I have already read comments from people saying it’s terrible because you barely get a look at anything. Clearly, morons like them are expecting a well-lit CGI monster in high definition. People said similar things about The Babadook, complaining that they watched the whole movie and didn’t even get to the see the monster etc. It’s pathetic when people just understand what they’re watching then insult it because it’s not a big scary killer.

The Badabook is a suspense / psychological thriller, not a horror gore fest; if people understood what they were watching they would appreciate movies more. This movie is pretty much what it says on the cover. If you enjoy movies like The Babadook, Signs, etc. and you’re not against found footage movies then you may really enjoy this as I did. It shows enough but not too much and leaves you to make your own mind up. I’ve said it a million times before but… A figure in the darkness and the not knowing is fucking terrifying.

If you like the trailer, the movie won’t disappoint. I really enjoyed this and recommend watching it at least once. For a found footage, I was impressed.