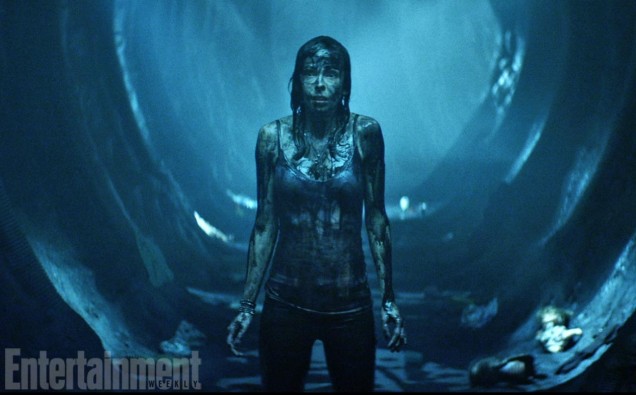 The Vicious Brothers (the filmmaking duo of Colin Minihan and Stuart Ortiz) have mad skills at directing. Is this movie perfect? No it is far from it. But this movie certainly takes chances, most of which pay off…

The back bone of this movie is a journey of love between two of the main characters and it just so happens they run into a load of shit while they’re trying to work things out. In the end, Kyle, sacrifices himself to save April which helps her to realize she does love him and want to be with him. I find movies that have a back story to all the action have a lot more substance to them, and this is a great example.

This is movie is very well directed and has some excellent surprises as well as holding up a good level of suspense, despite there being tension breaking jump scares. There is some very skillful acting and enough character development to make the characters investable. There is also a little bit of bad acting and lack of character development for some of the cast but the positive outweighs the negative. 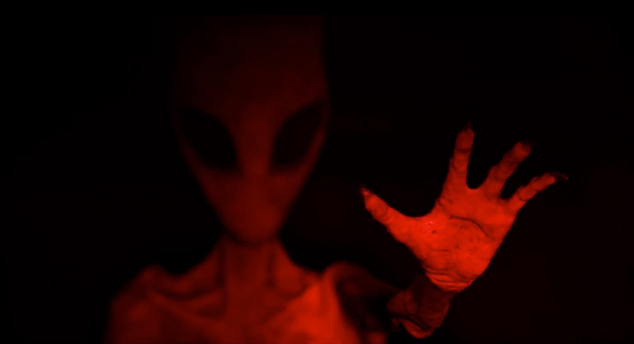 There is some excellent imagery and use of CGI which is seamless for the majority of the movie. The tension building is well done by not exposing the aliens too soon. Over all this movie is just very well done and it does take risks but they paid off. Sometimes it feels like the movie is directed by a few people because they incorporate so many different styles which is a very hard and rare thing to do.

There is definitely some very under developed plot points. For example: The sheriff is possessed by an alien and shoots himself with a shotgun. This is a great scene and works well, but my issue is with the story telling aspect. They make the effort to develop a story involving his wife going missing 10 years ago and he begins to come to the realization she was abducted by aliens instead of what everyone told him (that she left him). Almost immediately after coming to this realization he is possessed and shoots himself. I would really of like to have seen him conclude that plot point and either find or rescue his missing wife to wrap it up better. I also think it would have given the movie a little more emotional punch.

The ending: There’s a lot of debate over the ending of this movie: Is it great, okay or terrible? That is down to opinion. There are good points and bad points.

I think the ending would have been a little better if they ran over to the military and the movie ends with the soldiers showing them the alien they have captured and the camera zooming out (a birds eye view of the camp with a happier ending). They did at least show a few shots after the soldiers shot Kyle and April so it is better understood that they’re covering it up and won’t take shit or let their secret out. It’s just a bit deflating to see the two main characters fight their way through a ton of shit to then be shot a few minutes after being set free. Some people like this ending but again… Down to opinion.

The Blu-ray cover being a bit misleading, I was half expecting to see Freddy Krueger in the movie. Having said these negatives, I really really enjoyed this movie and watched it twice in the same day which I NEVER normally do with new horror movies. Has multiple filming styles with great imagery and CGI, powered by a back story of love and friends. Highly recommended. Instantly added to the collection.

And this soundtrack is fucking epic.

Own it on Blu-ray: HERE

Want to win a $500 to spend on Blu-rays, DVDs and steelbooks at Scyllar? Subscribe for free: