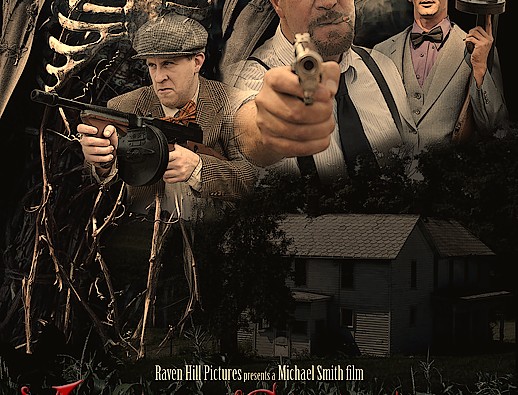 Award-nominated makeup artist and independent filmmaker Michael Smith is at it again, with his newest short film Mr. Stitches. Currently looking for actors and producers, and set to film the summer of 2016, “Mr.Stitches”  tells the story of a bank robbery gone wrong and the perils of hiding on a creepy ass farm.  Smith actually came up with the idea some time ago, with concept art and a trailer shot way back in 2012.

“As I explored skeletons of farmhouses deep in the woods that was once farmland, I wondered what tales these places could tell from a century ago, joys and tragedies, what if something extraordinarily awful happened there? Could there be an element of truth to local lore that came from such a mystery?  There’s something here that would lend itself to a unique story and the crumbling gravestones in nearby family cemeteries tell no tales…so I will.”

You can check out more about Mr.Stitches here. All you guys who want to break into the movie business; keep an eye on this one. It looks pretty promising.