‘Mr. Ticklez’ and More: My Favorite Horror Shorts From The Boxleitner Bros

Clowns don't even need to talk to be scary! 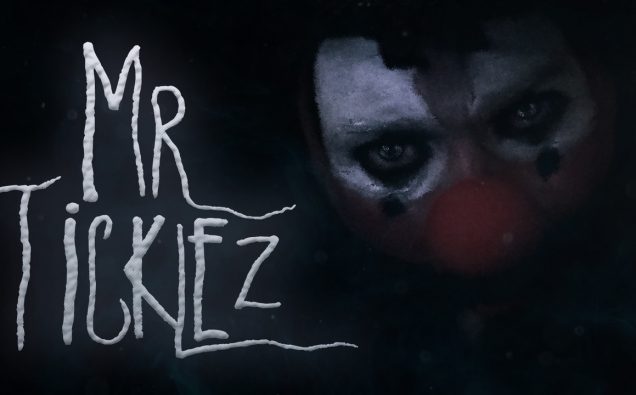 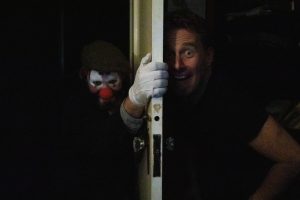 I have been following the Boxleitner Brothers’ films for a while now. Lee and Sam are two very talented and sick individuals, so of course, I love everything they do.

The first Box Bros Horror short I saw at a film fest was Die! Sitter! Die!: Rupert. I was in love! So I went home and immediately watched their previous short, Downstairs. Again I was amazed by what I knew were micro-budget horror shorts, but looked like much bigger budget films.

So I’m totally excited that I just had the pleasure of seeing their newest short, entitled Mr.Ticklez.

Synopsis: In the final hours of Halloween, a mother and her young daughter are haunted by a terrifying clown that lives inside their television. 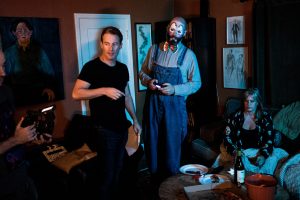 Since it’s a short, and times out at only a little over 4 minutes- I don’t want to tell you about Mr. Ticklez – I want you to watch it, right here and now! If you’ve seen their films before, look for the little shout out to their film Downstairs. If you are new to these guys, check out the links below for all the great films I mentioned.

But before you go: here is a little bit Lee had to say about the film.

Lee Boxleitner: “Hi! Thank you so much for doing a review!!! My brother Sam and I thought it would be fun to do a short with zero dialogue.  And at the time I was working on a silent film effect. One night one of us came up with a fun little concept, invited a couple of friends over, and shot it within a couple of hours. 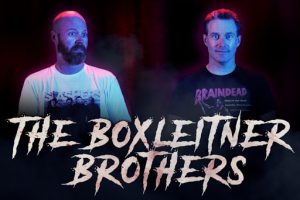 Our director of photography, Dave Jacobsen, really pulled out the magic. The mother is played by our good friend Heidi Hinzman, who we have known and worked with for over a decade. She has her own history with horror. Her father was Bill Hinzman, the camera op AND first zombie in the original Night of the Living Dead! The little girl in it is Sam’s daughter. She was by far the most professional person on set.  Ha ha!”