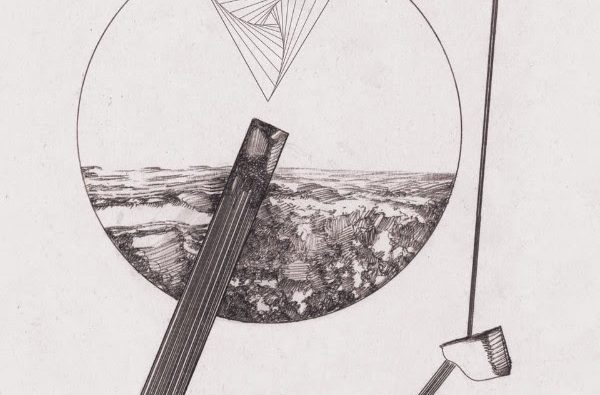 Since Black Sabbath ushered in metal with their dark imagery and distorted guitars, metal has been synonymous with horror themes. Many decades later, metal is a thriving genre with many offshoots. And one of the more theatrical subgenres of metal is progressive metal. On March 11th, Trilateral, a multidimensional progressive metal band will release Elliptic Orbits. This prog metal band is diverse and has a wide variety of influences. Fans of Gohira, Cynic, Beyond Creation, Mastodon and more will connect with their musical musings.

As most with most progressive musicians, Trilateral blur the lines of genres quite a bit. The brutality of the vocals and lyrical content is offset by skilled musicianship and a flurry of unconventional music ideas. This nonconforming mindset will delight fans of music with variety and diversity. The song structures are anything but static, telling stories through metallic brutality. Trilateral is a power trio. Each member has time in the spotlight.

The unique blend isn’t focused on any one thing. Math metal riffs ascend and descend with precision. Brutal buzzsaws accompanied by complex drum patterns and rattling bass conjure nostalgia for death metal and black metal fans. The production itself also has a notably “nostalgic” vibe to it. It is not over produced, not over compressed. Reminds me a bit of early Manowar or Venom releases. Nice clangy bass tone, with an almost retro aura that only serves to further set the band apart. Couple these elements with random jazz-fushion licks, and it’s fair to say this album will keep you guessing it’s entire runtime. And that’s a great thing for fans looking for something fresh, something signature.

This album is a treat to the ears of metal and prog fans alike. Chromatic blasts make way into sludge ridden stoner doom sections. Strange melodies part way and are replaced with almost funky acoustic spurts. The vocals hammer out aggression and brutality. It’s an interesting blend. I especially enjoyed the acoustic melodic lines intertwining in the track Celestial Bodies. The ethnic vibe on Nomad is an excellent touch. The song almost feels like an afterthought, regrettably. I would love to see them expand on this style on future releases.

Also, considering the power trios talent and jazz fushion influence, I could totally see them bring a keyboardist into the fold. Some B3 Organ and other keyboard sounds would open their already wide musical palette even FURTHER. It isn’t even necessary, as their sound is both unique and satisfying already! But the prog fanatic in me would love to hear them sprinkle some keys onto the mix. All in all, this is a very solid album. I definitely recommend it to fans of the heavier side of prog metal. Math Metal, Technical Death Metal, a few splashes of black metal every now and again, combined with jazz fushion, is a refreshing blend.