Murder in the Dark: An Ensemble Horror Film

This unique film proves an experimental formula for success. 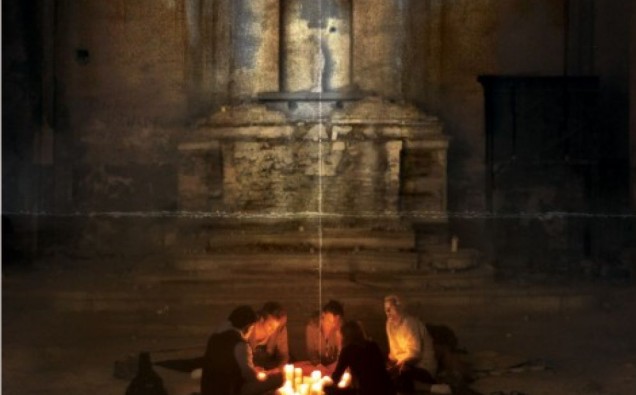 Murder in the Dark was written and directed by Dagen Merrill, and produced by Jamie Burke and Chris Wyatt. This experimental murder-mystery follows a group of people on their way to camp in the ruins of medieval town in Turkey. 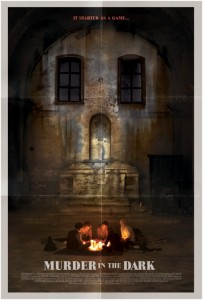 As the group drives along the countryside, they come across a hitchhiker who speaks English and offer him a ride. Upon arriving at the destination the group settles in, and when night falls they decide to play a game while sitting around a camp fire called Murder in the Dark.

Similar to the slumber party game, one person is designated the killer. As everyone walks around in the dark and shakes hands, the killer marks their victim by pressing a finger into the palm of their hand.

The object of the game is to identify the killer correctly before everyone is out. The group plays the game and has a lot of fun, but in the morning the morning they wake up to a ghastly scene. One of the members of the group has been murdered for real.

The group tries to leave the ruins and realizes the car has been disabled. They begin to accuse one another as it is unsure if they are being stalked by a deranged manic, or if the sadist killer is among them and is playing a real life version of the game.

As the story unfolds, more people die and the group turns on one another. In the end the true killer, along with their intentions, is revealed.

This film was unique in many ways.

After arriving on the set of ancient ruins, which became a live stage, each actor was given separate information as they were unaware of the other participants’ roles. While staying in character and experiencing conflict in different events, everyone could move freely. This brought out real emotion, and gave each character a chance to shine as they experienced the reveal of the story the same way the audience did.

Stephanie Caleb, the Executive Vice President of After Dark Films said “We’re proud of this addition to our horror slate. This beautifully shot and sinister piece was a favorite amongst our team, and we’re so glad we could include it in our next festival.”

I couldn’t agree more, Murder in the Dark used brilliant forms of cinematography and brought out real emotion in their cast. This film is a true classic in the horror genre, and deserves a lot of recognition.

Check out the trailer below, and Happy Halloween everyone!