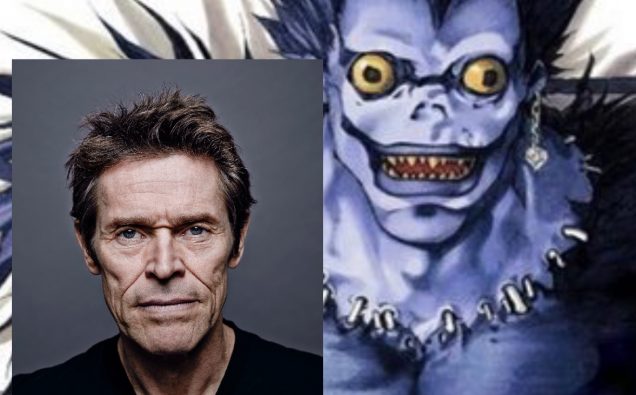 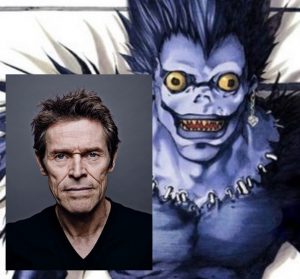 Netflix is adapting Tsugum Ohba’s and Takeshi Obata’s anime series Death Note’ with Adam Wingard, (the director behind the new Blair Witch Project sequel). For the adaption Willem Dafoe (Spider-Man, Finding Nemo) has been cast as the voice of Ryuk the Shinigami, the demonic entity that drops the Death Note book in the human realm for his own personal amusement.

Netflix’s adaption will be that of a live-action premise starring, as reported by BD: Nat Wolff (Paper Towns, The Fault in Our Stars) as Light Turner; Margaret Qualley (The Nice Guys, The Leftovers) as Mia Sutton; Keith Stanfield (Straight Outta Compton, Dope, Short Term 12) as “L”; Paul Nakauchi (Alpha and Omega) as Watari; and Shea Whigham (“Agent Carter”, “Boardwalk Empire”) as James Turner.

Death Note, [you’d probably know if you’re into Anime] is a Japanese manga series that followed “..a high school student who discovers a supernatural notebook from a Shinigami named Ryuk that grants its user the ability to kill anyone whose name and face he knows.”

Speaking on the film, the film’s producers Dan Lin (Sherlock Holmes) and Roy Lee (The Ring), who produce alongside Jason Hoffs (Edge Of Tomorrow) and Masi Oka (Hawaii-Five-0) says “Our vision for Death Note’ has always been to bring this captivating story to the screen for its longtime manga fans and to introduce the world to this dark and mysterious masterpiece. The talent and diversity represented in our cast, writing, and producing teams reflect our belief in staying true to the story’s concept of moral relevance — a universal theme that knows no racial boundaries.”

Stay tuned for a release date at this spot