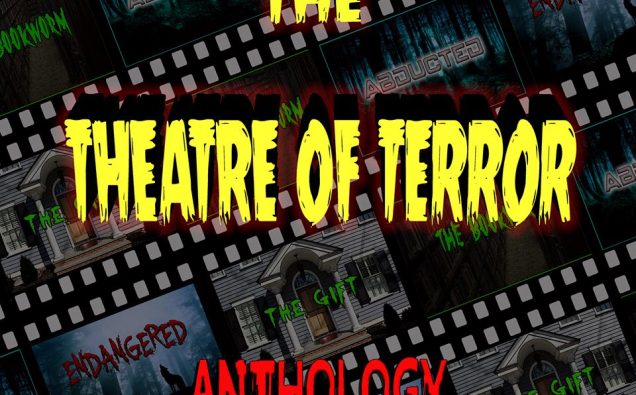 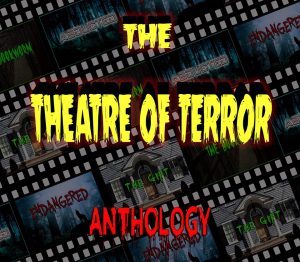 Found in 2012, the New Jersey based “Theatre of Terror” focuses on the mission of bringing high quality and low budget horror films to film fans everywhere.  With acclaimed previous productions like the short film “Day 9”, the feature “Faces” and the most recent short film entitled “Rapt,” this horror anthology is currently going through their fan funding on Indiegogo at https://www.indiegogo.com/projects/the-theatre-of-terror-horror#. Take a read from the press release below, share and support if you are able to.

New Jersey independent film production company Theatre of Terror has begun work on a new, feature length, horror anthology film.  The first chapter, titled “The Gift”, is already in post-production, and the second chapter, “The Bookworm”, is in pre-production.  Several well known actors/actresses are attached to the project, such as Heather Brittan O’Scanlon, John Zion, and Sarah Cuccio-Shoofs.

“We have developed an anthology of four short films which reflect our deep passion for old-style Sci-Fi and Horror television shows, such as “The Twilight Zone”, “The Outer Limits”, and “Tales From the Darkside”.  Each story is highly reflective of a lifelong obsession with these programs, and a fervent desire to pay tribute to the masters who brought them to countless viewers so long ago.  We are so devoted to this project, that we literally put our name on it!” -Thomas Ryan (Director & “Theatre of Terror” Founder) 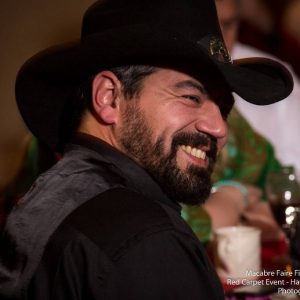 Theatre of Terror is comprised of Director/Writer/Actor Thomas Ryan, Writer/AD/Actor Russell Hackett and Production Coordinator/Actress Diane Hackett.  We are also pleased to introduce Producer/Public Relations guru Todd “The Horror Nerd” Staruch to our team for this production.  Together, we have spent the past year collaborating and fine tuning to present a truly creepy experience.

Our crowdfunding campaign is well underway on Indiegogo.com under “The Theatre of Terror”.  We have some great perks available and we’re calling on all fans of indie horror to help bring our vision to life!