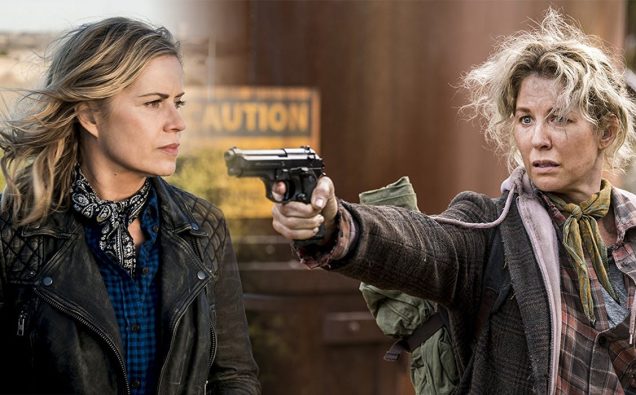 Season 4 of Fear the Walking Dead is going to be very exciting. Changes are coming! The show has basically been reinvented to attract new viewers. The audience will join the survivors from last year, as they build a new home in Texas, moving ahead in time and shifting the setting away from last season’s location in Baja, CA. It will begin with Madison, Nick, Alicia, Luciana and Strand starting a new settlement in an abandoned carnival. 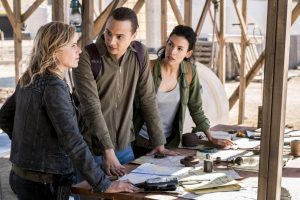 Building a new civilization from scratch requires a team effort, so you can look forward to new people, new challenges and a mash-up into The Walking Dead universe when they meet up with Morgan in the franchise’s first crossover of characters. Morgan has the ability to survive by killing or living peacefully, so there is a lot he can potentially bring to the mix. We will have to wait till the season starts to see what kind of impact he will have on this group. 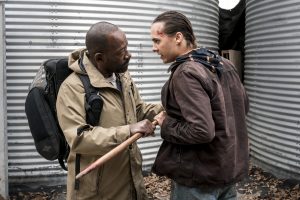 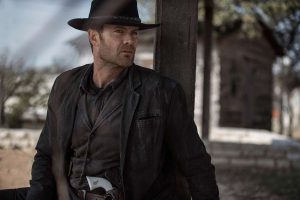 Their community will continue to grow, crash apart and be put back together again. At this time, they have all been out there awhile and have learned how to take care of themselves. Hopefully everything will turn out alright. OK, Sorry, just kidding, that’s not gonna happen. It’s Fear the Walking Dead – as soon as things seem to be working out… well you get it. It’s required there be bad guys, tons of creative and amazing walkers, but there also has to be hope – the belief that they can prevail. That’s what keeps them moving forward no matter what happens or who they lose.

If you want more info and to see the newest additions to the show, Jenna Elfman, Garret Dillahunt, Maggie Grace and Lennie James who plays Morgan on The Walking Dead, please check out the press room interviews at Wondercon, thanks to Hollywood News Source’s Miranda Kuhl.

All photos on set courtesy of AMC