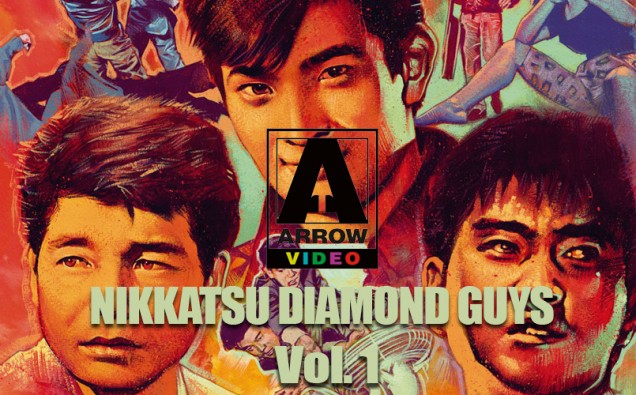 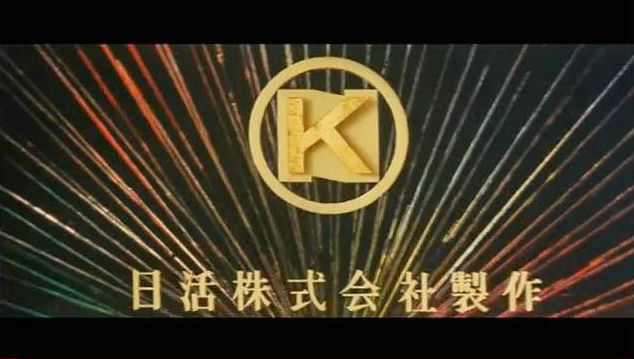 Nikkatsu Studios, the oldest film studio in Japan, inaugurated a star system in the late 1950s, finding talent and contracting to their Diamond Line for a series of wild genre pictures. This collection celebrates these “Diamond Guys” with three classic films from directors Seijun Suzuki (Branded to Kill), Toshio Masuda (Rusty Knife) and Buichi Saito (Lone Wolf and Cub: Baby Cart in Peril).

An old hand at tough guy action roles, Hideaki Nitani (Tokyo Drifter, Massacre Gun) stars in Suzuki’s Voice Without a Shadow. Asako, a former telephone operator once heard the voice of a murder suspect which has continued to haunt her. Years later her husband invites his boss, Hamazaki, over for dinner and she realises his voice is suspiciously like that of the killer. Before she can investigate further, Hamazaki is found dead and her husband becomes the prime suspect…

Next, 50s subculture icon Yujiro Ishihara (Crazed Fruit) stars in Masuda’s Red Pier as “Jiro the Lefty”, a killer with a natural talent. Shortly after arriving in Kobe, he witnesses a man die in a crane accident which turns out to be a cover-up for a murder. Jiro soon finds himself on the run, tailed by a determined cop…

Finally, in Saito’s The Rambling Guitarist, mega star Akira Koabyashi (Battles Without Honour and Humanity) stars as wandering street musician Shinji, who falls in with mob boss Akitsu after saving one of his henchmen in a bar fight. Tasked by Akitsu with evicting an offshore fishery, Shinji finds himself in the middle of a very unusual domestic dispute…

With Nikkatsu Studios being a rather large entity, they had a very large stable of actors. You’ll notice a lot of familiar faces filling various roles between the 3 films, but none more recognizable as eminent badass, Jo Shishido (Massacre Gun). Whenever he makes an appearance, you can rest assured some shooting or knifing is about to go down.

Arrow Video always sends out the best product. The 1080p Blu-Ray transfers look great. Voice Without a Shadow and Red Pier have deep blacks and bright whites and looks very sharp. The Rambling Guitarist is presented in crisp, vibrant color.

Nikkatsu Diamond Guys Vol. 1 is a must have for fans of Nikkatsu Studios.