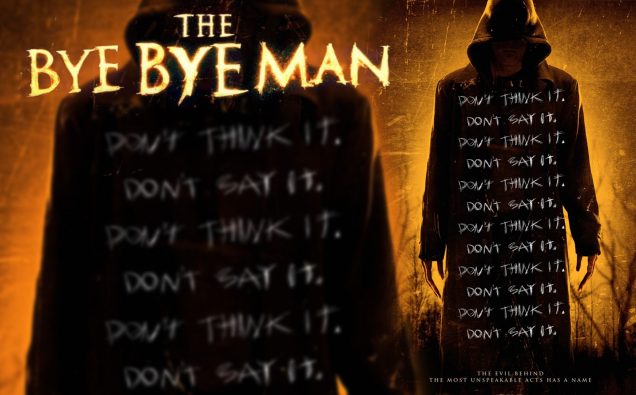 2016 was my favorite year for horror films in a really long time. The year ended with me finding one of my all-time favorite movies, (Nocturnal Animals) so I had great expectations for this year. (and yes, I still do) But 2017 didn’t start out so well for myself or horror fans in general. The Bye Bye Man is a horrible and mediocre film at best. Now I didn’t go expecting Shakespeare, but come on? The main thing you must deliver if you are claiming to be a horror film is to scare the audience. The monster, whether supernatural or human, needs to be scary. The Bye Bye Man is not scary, nor is it fun enough to be campy. I love some low budget, campy horror flicks and there is nothing wrong with any movie that entertains. Even a horror parody would be acceptable, but all the laughs I saw in this movie seemed unintentional. So, what am I trying to say? The Bye Bye Man was boring, silly, confusing and disappointing. 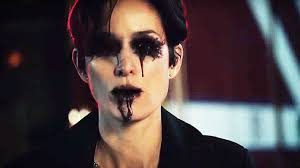 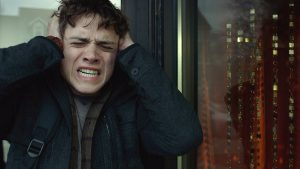 So here is an official synopsis: “Three friends stumble upon the horrific origins of the Bye Bye Man, a mysterious figure they discover is the root cause of the evil behind man’s most unspeakable acts. People commit unthinkable acts every day. Time and again, we grapple to understand what drives a person to do such terrible things. But what if all the questions we’re asking are wrong? What if the cause of all evil is not a matter of what…but who? When the three college friends stumble upon the origins of the Bye Bye Man, they discover that there is only one way to avoid his curse: don’t think it, don’t say it. But once the Bye Bye Man gets inside your head, he takes control. Is there a way to survive his possession?” 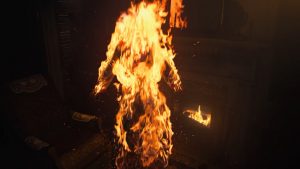 The movie promises a lot. The Bye Bye Man opens with a flashback to a 1969 massacre set in an Illinois suburb, where a rambling journalist takes a shotgun and kills himself along with four of his neighbors. All of the victims are people he decides were the only ones told “the name”, Bye Bye Man. Not a bad beginning for a horror flick. That was as good as it got.

So, wait? This character, this evil entity, is the singular reason we have all other bad guys? Regular people call upon the name Bye Bye Man and all good goes out the window? Did Hitler call on him? What if a hippie guy accidentally says, Bye Bye, Man? Will he be possessed too? What about a baby learning how to talk? Don’t they learn Bye Bye early on? It is really quite a statement, for this movie to claim they now have the bad guy, to top all other bad guys. I’m gonna have to say no no to that! I can’t remember the last time I talked back so many times to the screen, and say how stupid different scenes were! I stuck it out ‘till the end, but I seriously wish I hadn’t. The movie was absolutely a waste of money and time. 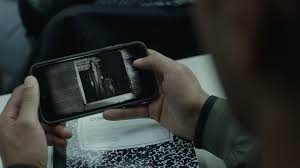 I feel the need to go on about a lot of the dorky things in this movie, and I don’t want to even think about it that much. I feel bad that this movie had such a large budget, when much better films are begging for money on crowd funding. There is something very sad about that. Busy actor Doug Jones- who plays the Bye Bye Man, at least probably got paid well, but I’m sure this will never go to the top of his resume. I was disappointed on all the acting overall from everyone. Maybe it was just the directing? Not sure, but it was all awful.

Other things that made me crazy:

1) What was the deal with the random train track sequences? It was kinda artsy looking- but never led us anywhere.

2) Do we really have to kill everyone who “knows” the name? I get that was supposed to stop it from happening again, but you can never get everyone involved, can you?

3) What was up with the glowing ember demon dog? That right there was some of the worst CGI I have ever seen. I was almost embarrassed for the movie itself. A real pit bull would have been scarier. Even one wagging it’s tail.

4) How did they get Faye Dunaway in it? Again, I presume paid well.

5) If this is a monster that can take over your mind, make you see things, drive you to murder/go mad, and oh yeah, has been an unstoppable force for century’s, how did our character Elliot (Douglas Smith) figure out how to take him out so early in the film?

6) How did a bunch of college students afford such a cool giant haunted house?

So, if you really want a boring evening out, then I guess you could go waste a few bucks on this movie. But my feeling is: “Don’t say it, Don’t think it, Don’t watch it!”