Plus: Jaw-dropping trailers and first reactions from overseas. 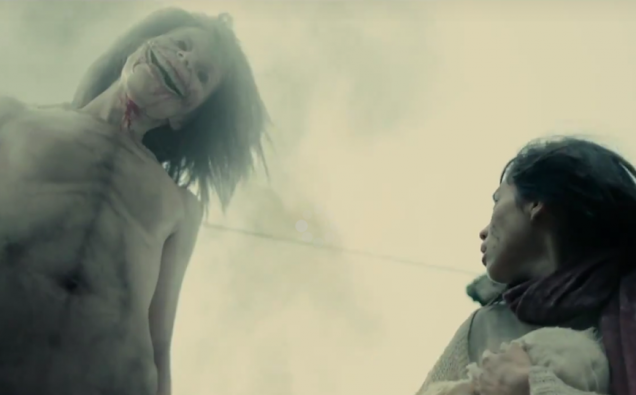 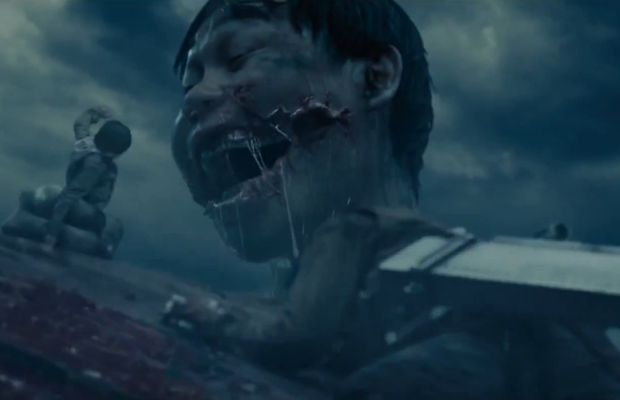 I’m a horror fan who only ever had a passing interesting in anime. Still I’ve been incredibly vocal and excited about the live-action adaptation of the Japanese manga Attack on Titan. A certified phenomena overseas, where Part 1 of the movie dropped on August 1st, I’ve been bringing you trailers over the past few weeks while waiting for an announcement as to when (or if) Attack on Titan would be coming to America.

Funimation Entertainment, the film’s North American distributor, made the announcement late last week: Attack on Titan, a 2-part movie experience of epic proportions, will hit US theaters this fall; Part 1 will arrive on September 30th with Part 2 following quickly on October 20th. While the release is only limited (Boo!), ticket information is already available: HERE.

The first trailer made specifically for Attack on Titan’s US release also hit the internet last Friday. Check it out and read the synopsis below.

While it’s certainly exciting for the news it communicates, the above trailer nonetheless pales compared to the ones advertising the Japanese release. If you really want to get pumped up about this fascinating and terrifying saga, take a gander at the examples below. Firsts, check out the Red Band (NSFW) trailer that hit Asian media last week. So much glorious carnage and destruction! Prepare to be awestruck!

Now peep the extended 3-minute trailer that landed overseas last July. So much epic ultraviolence! So much unimaginable terror!

While I make a point of shunning reviews until I’ve experienced a film for myself, I’ve nonetheless been hearing feedback in various Facebook groups regarding Attack on Titan: Part 1’s reception overseas, where it was released in several Asian markets two weeks ago. And while the murmurs are underwhelming, I think it’s important to take these reactions with a grain of salt by looking at the larger context of the film’s release.

Whereas Attack on Titan is still a relative obscurity in the West, where almost no one has read the original manga, it’s a huge cultural phenomena in Japan and other Asian countries. Since the movie is known to change many key aspects of the manga and anime (i.e. setting the film in a post-apocalyptic society as opposed to pre-industrial, and eliminating and/or conglomerating beloved characters—no Levi, WTF?) hardcore fans of the source material will certainly struggle with deviations.

The movie seems to be courting new fans as opposed to established Attack on Titan purists, so I doubt differences in core concepts will upset Americans unfamiliar (and therefore unattached) to established plot elements of the manga. And to tell the truth, even if Attack on Titan is deemed an absolute bomb in Japan, I’ll still be first in line at my local movie theater to see it on September 30th!

Only six more weeks until the Titans invade North America! Prepare yourselves!

Are you excited to see Attack on Titan this fall? Are you a fan of the original manga/anime? Sound off in the Comments sections!