One Crazy Night: A Look Back At “The Purge: Anarchy”

And May God Bless The New Founding Fathers of America 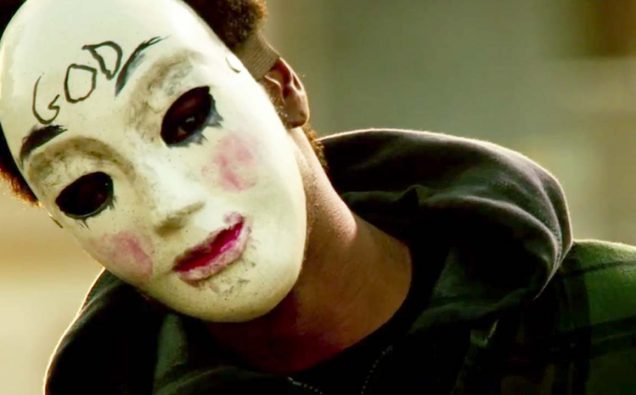 I don’t think I’d be alone in saying the original Purge wasn’t a fantastic film. The concept of one night of legalized crime, murder, and mayhem was a great one, but Blumhouse made the serious mistake of setting this insane idea within the confines of a single house. And thus what we got was a subpar home invasion film that completely wasted what was arguably the best premise in recent memory. However not all is lost, as a mere year later we received what has to be one of the greatest turn around’s in horror film history with the absolutely stellar The Purge: Anarchy, a sequel that betters the original in every way.  Even without the newness of the first film or an A-list star like Ethan Hawke, returning director/writer James Demonaco hones his talents razor-sharp, delivering a killing blow with Anarchy, a film that cuts deeps on its own merits. 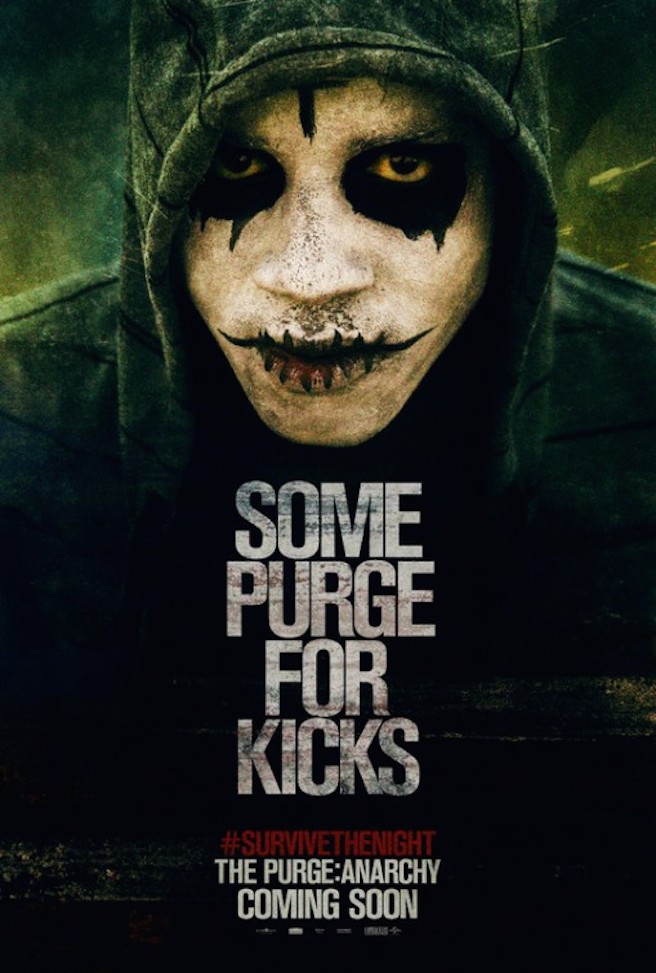 While the story once again doesn’t deliver anything super fresh, here it doesn’t have to; the properly premise of Purging alone is more than enough to carry the film. And while it’s the obvious tale being told, it one that gives the horror loving audience exactly what they wanted and asked for; just toss a badass on the streets equipped with a small militia’s worth of guns, throw in a few innocent people to protect, and sick every asshole running in the neighborhood with a two dollar pistol after him. Wha-la! You now have an awesome fucking movie. Sure, Demonaco might have gone the easy route here, but its the route everyone wanted to go down. After the stupidity that was the first films home invasion nonsense, we for the first time get to see what exactly the streets look like on a night where murder is legalized, and scary as it may be, it’s also pretty friggin cool.

The street purgers themselves generally fall into three categories; the creepy guys who roll around on motorcycles with plastic masks and greasy face-paint, good old boy rednecks with cut off flannel to better show their prison tats, and government issued hit squads with military grade weaponry and training who generally fuck everyone’s shit up. Our motley crew of survivors gets the opportunity to interact with all of these groups, and it’s a testament to the films quality that Anarchy makes all three feel distinct.

I’ve got to say that while I like all of them, it’s the rednecks that really strike a chord with me, mainly because I see people just like them in my life every goddamn day. Living in West Virginia, the gun loving survivalist types roam my state like packs of bullet firing roaches. And I guarantee, should The Purge ever become legal, every single fucking one of them would be out there, having a hoot and a holler as they pumped lead into minorities and looted Wal-Mart, or whatever other crimes white trash feel compelled to commit. I’d say fuck their cousin, except that happens to be legal in West Virginia. Go figure. 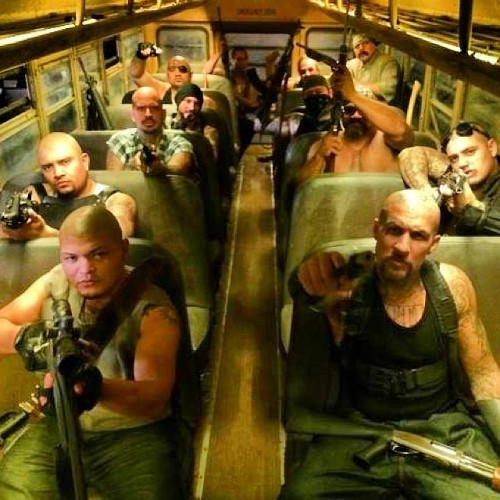 But the goons to be murdered our only as cool as the badass murdering them, and Frank Grillo has that covered. While his character is never named (he’s simply referred to as “The Sergeant” in the credits), Frank delivers one of the most kick-ass hero’s in recent horror memory. What he doesn’t deliver in quips he makes up for in corpses, as he kills with guns, blades, and fists alike. Cool, collected, and deadly efficient, The Sergeant makes surviving look easy. A satisfying, if not predictable and slightly sappy character arch as he learns how to handle grief and the loss of a child just help ice his cake.

Anarchy isn’t just a great sequel, or a solid film from the sometimes hit or miss Blumhouse; it’s a great action-horror movie period. One of the best premises in the genres history executed the way it should have been the first time, this is a movie worth releasing the beast for. Next Purge night, run down to your local F.Y.E and steal yourself a copy. Or just buy it like a normal person, whatever. It’s not nearly as fun that way…..

Jeff is Head Writer for The Blood Shed and eats, drinks, and bleeds horror. You can shoot him story ideas, ask him to help produce your concepts with his company Head On A Stick Productions, or generally harass him at Headoasp@gmail.com