One Sick Puppy: A Look Back At Cujo

How Does "Jaws on Four Legs" Hold Up? 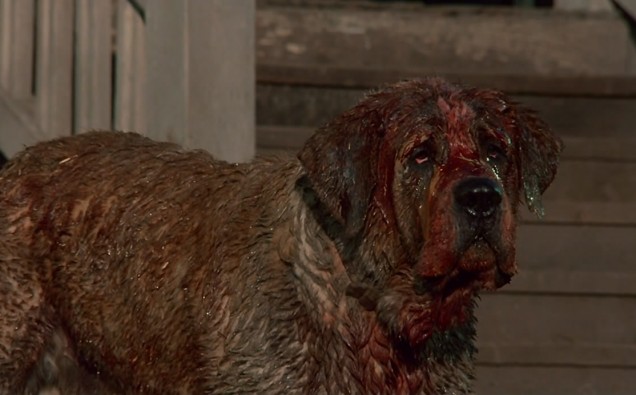 Cujo has often been called Jaws on four legs, a canine companion to the infamous Great White. But while Jaws kept it’s monster largely hidden, an underwater boogeyman emerging to pick off the unsuspecting, Cujo is one of the most brutal, in your face horror movies ever made. From the moment Donna and Tad’s Pinto breaks down at the Cambers Garage until the end credits roll, it’s a barrage of snapping teeth, claws, and foamy blood, delivering a film that is absolutely impossible to look away from. Once the monster dog has his fangs around your throat he doesn’t let go. 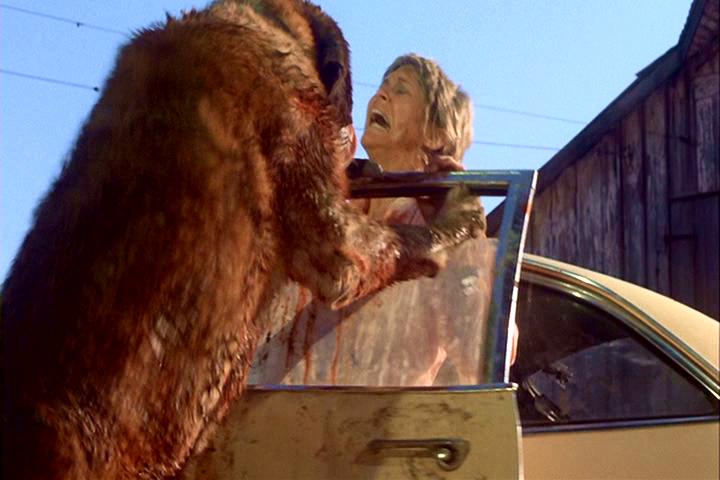 Claustrophobia is one of the widely held fears in the world, and it’s where Cujo gets it’s bite from. The second half of the film is an exercise in limited location, primarily shot in the interior of a Ford Pinto, as the rabid Bernard circles the entrapped Donna and Tad, unable to escape. With the engine dead there’s no A.C. either, and an extremely limited supply of food and water. Minutes turn to hours, hours to days, with both humans and canine becoming increasingly frantic as the situation worsens; severe dehydration begins to send the young Tad into convulsions, and disease begin to drive Cujo further into a primal fury. Making an animal as adorable as a Saint Bernard scary is no small feat, but Cujo makes them terrifying. 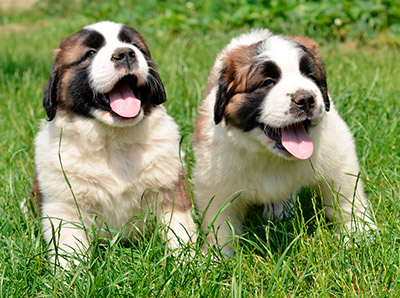 The faces of true evil

Dogs probably aren’t the first thing that comes to your mind when you think of scary animals, but take one the size of a small horse and pump it full of rabies and you have a serious force of nature. Fur matted in blood, foam spurting from the mouth, and with growls that sound like an industrial sized chainsaw, Cujo looks like some beast from the Apocalypse, come down to fuck us mortals up. The most tense scenes by a long shot are as the mutt slams desperately against Donna’s car, the woman and her son screaming helplessly from within.

And of course this wouldn’t be nearly as powerful if it weren’t for the stellar acting, and Dee Wallace really knocks it out of the park with one of the most underrated horror performances of the 80’s. Rather than lose herself to the terror of her situation, Donna grows a strength within herself she didn’t think possible, coming to a climax in a duel with Cujo himself, a broken bat against the jaws of rabid, foamy hell. Her face is frozen not only with fear, but with anger, fury, an unflinching rage to save her baby. It’s moving, memorable, and grade A genre acting. 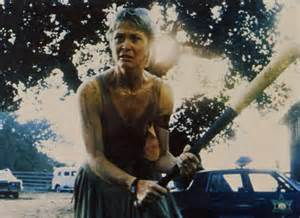 All this excitement does however start rather late into the movie; it can’t be said Stephen King was ever good at being concise, and Cujo is something of a slow-burn. There’s a number of superfluous subplots that do nothing but pad the run time, and bore the viewer, which while unfortunate, don’t rob the film of it’s strength. The last 45 minutes alone are powerful enough to carry the sections that drag.

An expert craft in relentless, vicious filmmaking, Cujo is one monster of a movie. Often and unfortunately overlooked, this a film you don’t want to miss. It isn’t perhaps as well known a Stephen King film as Pet Sematary or It, but this is a movie that is every bit as powerful. An exercise in pure brutal horror, Cujo’s teeth are sharper than ever.

Jeff is a writer for The Blood Shed and eats, drinks, and bleeds horror. He’s also the president of Head On A Stick Productions. You can email him at headoasp@gmail.com