OUIJA BOARDS: NOT JUST A GAME

When you open doors to the unknown, you don't know what is waiting on the other side. 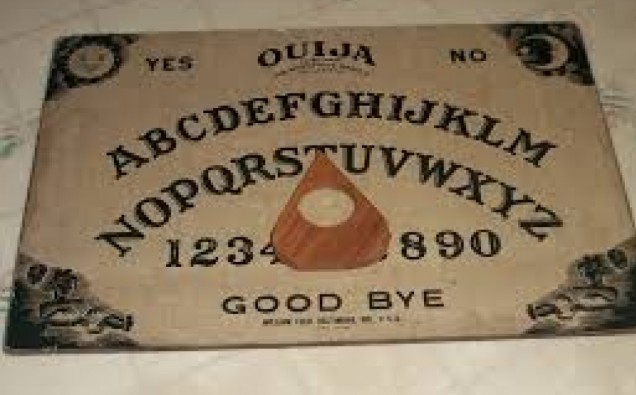 An Ouija board (often called a talking board) is a tool used to communicate with spirits.

First introduced in that late 1800’s, these types of boards were once considered a harmless game. American spiritualist Pearl Curran popularized its use as a divining tool during the first World War.

The word “Ouija” is the trademark name owned by Hasbro and is often used generically to describe any talking board set.

The Ouija is a flat board with the letters of the alphabet, the numbers 0-9, and the words “yes” “no” and “goodbye”. 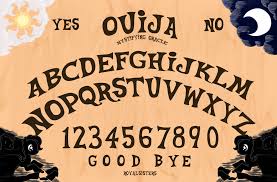 There are variations of the Ouija board containing different symbols; some also contain the word “hello”, depending on the manufacturer.

The board uses a small heart shaped piece of wood or plastic called a planchette. The planchette acts as a moveable indicator to spell out a spirit’s message during a séance. 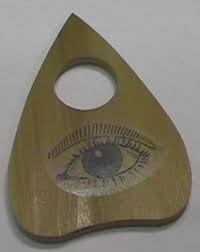 Supernatural beliefs associated with the Ouija board are often criticized by the scientific community. The unconscious movements of those controlling the pointer are considered to be a psychological phenomenon known as the ideomotor effect.

Some Christian denominations have warned against the use of Ouija boards. Claiming they can lead to demonic possession, others have advised inexperienced users against them.

There have been many strange accounts involving the use of Ouija boards.

Movement of objects, strange noises, cold drafts, and skin irritations have been documented by the Ghost Research Society.

Some believe the spirits contacted from an Ouija board are confused and angry because they exist on the Lower Astral Plain.

Asking a spirit to prove its existence may be creating a passage that brings something more into the world.

Here is a creepy video of different people and their encounters with the supernatural while using an Ouija board.

It’s unusual that such a thing can be marketed as a toy and sold in stores across the world.

The board itself is not dangerous, but the form of communication people attempt with it may be.

When you open doors to the unknown, you don’t know what is waiting on the other side.

Chances are it isn’t something friendly. Ouija boards should be respected, and avoided.