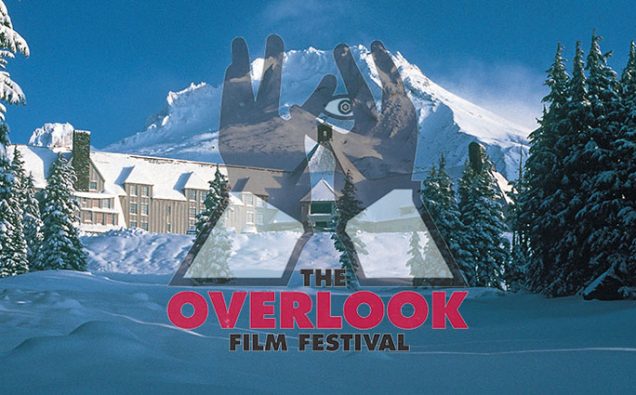 For a first year festival, all I have heard from everyone involved was that it was amazing. I had to screen things from afar this year, but hopefully next fest I will be right in the middle of all the horrific fun! In addition to all the films, there were immersive interactive games, parties galore, and lots of snow!

As its inaugural run comes to a close, the Overlook Film Festival announced its first year jury and audience awards. Culled from a stellar lineup of 39 films that included 22 features and 17 short films from 16 countries, the festival’s features and short film juries deliberated over the course of the event, publicly revealing the winning selections at the special closing night, secret screening of A24’s It Comes At Night with Director Trey Edward Shults providing a Q & A afterwards! 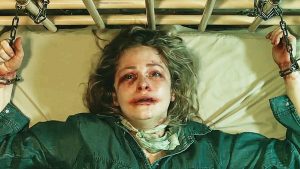 Ashleigh Cummings in Hounds of Love

“Hounds of Love blew us away with its brilliant combination of gripping horror conventions and kitchen sink realism. Rich with tense performances and complex insight into working class struggles, it’s all the more impressive because it’s a first feature. We’re going to be talking about the movie – and this filmmaker – for a long time.”

Additionally, the jurors highlighted Brandon Christensen’s Still Born, giving it the festival’s Scariest Feature Award. They noted that, “Still Born freaked us all out in the best way possible. As a worthy entry in the classic sub genre of pregnancy horror stretching back to Rosemary’s Baby, it combines visceral chills and a creepy atmosphere into a perfectly terrifying package.” 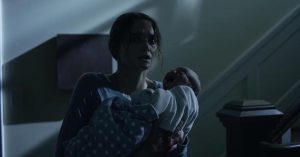 “Out of a very strong programming lineup, the 2017 Overlook Film Festival shorts jury found it no easy task to choose a best of the fest. But ultimately, we were in agreement about two films in particular. We’re thrilled to award Robin Comisar’s singular and extremely effective Great Choice the prize of best short film, with an honorable mention going to Remi Weekes’ The Tickle Monster for scariest short.”

The Overlook Film Festival’s audience chose Hounds of Love as the recipient of this year’s Audience Award for Best Feature. Among the short films programmed at the festival, the audience overwhelmingly voted for Damien LeVeck’s The Cleansing Hour as the Best Short Film. 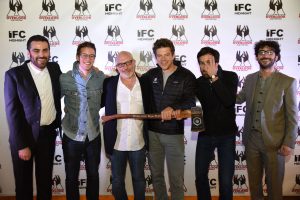 A major festival highlight included the announcement by Jason Blum and Akiva Goldsman, during the presentation of the festival’s Visionary Award to Blumhouse Productions on Opening Night, that Blumhouse and Goldsman would collaborate next on a re-envisioned take on Stephen King’s Firestarter, one that would “go back to the novel” for inspiration. 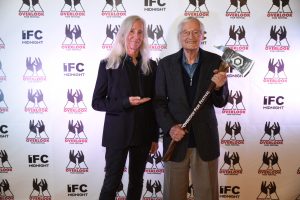 The Overlook Film Festival is a 4-day celebration of horror that ran from April 24 – 30, 2017 at the historic Timberline Lodge located in Mt. Hood, Oregon, featured in Stanley Kubrick’s masterpiece THE SHINING as the location of the infamous Overlook Hotel. Presenting superior film programming with an expanded focus on experiential events, the festival showcases exciting work in new and classic horror cinema alongside the latest in interactive and live shows for a fully immersive weekend. As a summer camp for genre fans, The Overlook is a community event bringing the best of horror in all its forms to an enthusiastic and appreciative audience within an intimate and inspirational environment.