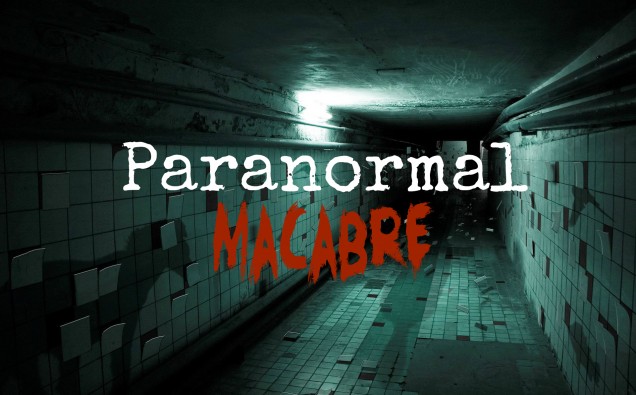 Paranormal: Adj. Very strange and not able to be explained by what scientists know about nature and the world.

Macabre: Adj. Involving death or violence in a way that is strange, frightening, or unpleasant.

I’m Johnny Macabre, the owner and one of the writers for this site. I am pleased to announce that TheBlood-Shed is developing a new series under our brand. It is called Paranormal Macabre and it is the first ever paranormal investigation show geared at horror fans!

The show will focus on a small team of investigators including myself, my wife Amy, and fellow indie horror film makers Ty Cheman (ALIVE: An Undead Survival Series), and David Williams (Frightworld, Red Scream Vampyres) as we investigate locations with only the most violent histories. The show will focus equally on the history of the location in a documentary fashion and the investigation as we look into claims of the paranormal. Only scientific methods of investigation will be utilized. The goal of the show is for the locations to be interesting enough to horror fans that they carry the episodes, whether there is actual paranormal activity during the investigation or not.

The pilot episode will be filmed at the infamous Hinsdale House, aka the Dandy House, in Hinsdale, NY on July 2nd.

On this show, there will be a code system in place. Locations with documentation of malevolence will be designated as “Code Red” and precautions will be taken for the safety of myself and my team while we investigate. The Hinsdale House, with a history of a Native American massacre, serial murders, an exorcism, and reports of a hostile and dangerous entity in residence, is a Code Red. The last family to live in the house moved to the coast of Washington state, wanting to be as far from the house as possibly without having to leave mainland USA. People have been hurt here and we are going to try not to have it happen to us while we investigate the location.