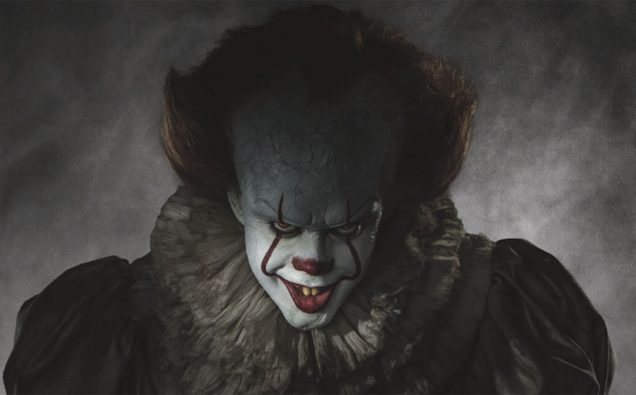 Hype surrounds the rehashing of IT’, and so it shall continue: The Stephen King remake which just dropped its official trailer this week is now being said to have the King icon be speechless other a horrorifing scream or two throughout the film.

According to Collider, during an interview with producer Dan Lin, Lin revealed the icon will basically be speechless. Lin after being asked whether or not Skarsgard could hold a candle to Tim Curry’s performance or even stir some sort of fright on set, answered: “Yes and No, I mean Bill is great with the kids and is just fun to be with. I don’t think anybody on-set was really scared of him. In the sense of the fans: I’ve seen IT from the 90’s and I think our guy is a lot more scarier. It’s just, unlike IT from the 90’s, our guy doesn’t have as much if any lines”.

Does this suprise you?

Bill Skarsgard takes on the role of Pennywise with Finn Wolfhard (Stranger Things), Sophia Lillis, Wyatt Oleff, Jeremy Ray Taylor, Jack Dylan Grazer and Chosen Jacobs starring opposite. The remake is directed by Andres Muschietti (MAMA) from a screenplay by himself and Gary Doberman, based on Stephen King’s 1986 novel of the same name. Dan Lin, Roy Lee, Seth Grahame-Smith and David Katzenberg produce the flick alongside Jon Silk whom acts as executive producer.

IT’ floats into theaters this Fall on September 8th!