How to mess up a Stephen King remake. 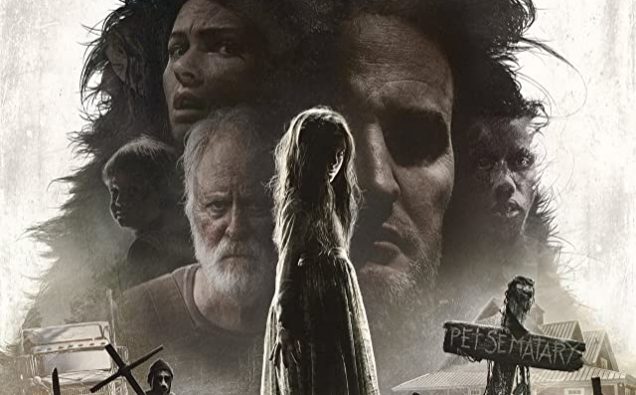 What I got out of the “Pet Semetary” remake, directed by Kevin Kolsch and Dennis Widmyer, is 2 men CAN NOT do the job of 1 woman. Mary Lambert’s original “Pet Semetary” had humor, tension, brutality, a virtuoso performance by Fred Gwynne, and it didn’t look like it was made in Georgia.* Lambert’s film was shot in Maine. 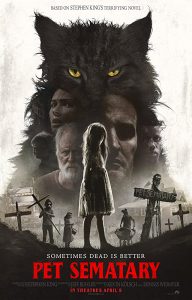 Spell your damn title correctly, that’d be a great way to kick off your remake.

I wouldn’t care if the film was set in Egypt, but why shoot in Egypt and try and make Egypt look like Maine? “Friday the 13th Part 8: Jason Takes Manhattan” did this same silliness. The scene in Times Square is the only one shot in Manhattan. The rest of “Jason Takes Manhattan” was shot in Vancouver and LA. Why not make “Jason Takes LA?” instead? In the 80s Jason could hunt down Kirk Cameron at acting camp. They could have done “Jason Takes Canada” where Jason blends in with the rest of the hockey teams.

I’m not holding the setting against the film, I’m holding the film’s lack of attention to detail against it. Changing the setting would have been a great idea. Setting this movie in Georgia and shooting it there would be a good start.

Mary Lambert knew what she was doing. I read King’s book almost 30 years ago, so my memory is foggy, but her movie stuck with me. Part of that is Lambert used contrasting moods. She had moments of humor to release stress, which allows for greater tension in the serious moments. In Kolsch and Widmye’s remake, creepy background music is a constant. After 2 hours of creepy mood music, it’s like they were painting with one color.

Then there is the casting. I get filmmakers are trying to be more diverse. Casting Obssa Ahmed as Victor Pascow the only African American in the film as a character with less than 4 – 5 minutes screentime feels like tokenism. The fact that the character was originally white doesn’t make a difference to me. In the source material/s, he had some kind of dimension, but Kolsch and Winmyer made sure he had no personality what so ever.

In the original film, Pascow was enough of a character to have his face on the movie poster. 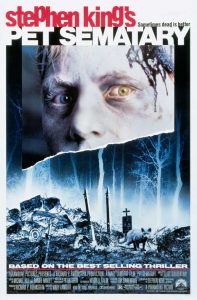 Pascow’s face on the movie poster.

In the ’89 version, Fred Gwynne gives a performance that screams “YES, THE GUY WHO PLAYS HERMAN MUNSTER AIN’T JUST A TV ACTOR.” He not only nailed the character of Jud but did it with a New England accent. He owned that dialog so hard, that when John Lithgow speaks I hear Fred Gwynne. I have a feeling Lithgow was like, “I’m not doing the New England accent, that’s exactly what Gwynne did.” Some of the character is lost without it. And John Lithgow is an amazing actor who I look forward to seeing, but he’s the wrong tool for the job. 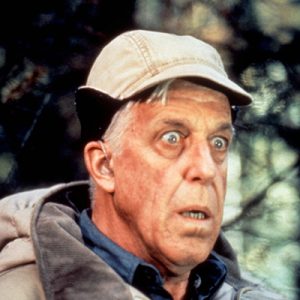 What the directors should have done is:

1.) Set the movie in Georgia or maybe just not New England.

2.) Since Gwynne owned the role of Jud so hard they should NOT have gotten someone like him –an old white guy from New York. Yes, Lithgow and Gwynne are both from the Empire State. James Earl Jones would have been great as Jud as an old southern black man, or set the film in the midwest and get Wes Studi to play Jud. Jud is an old local. This way you’re not sitting there comparing two actors that are so similar looking for the differences.

When things are obviously different we start scanning for the similarities. Like if the filmmakers took the premise from “Pet Sematary” and started doing something totally different and interesting with it and dropped the original story altogether. Like Mary Lambert did in ’92 when she made “Pet Sematary II”. Had Kolsch and Widmyer cast an old black guy as Jud, as a bonus, it also would have annoyed all the right people. Doing this, the film would have been more imaginative, and casting Obssa Ahmed wouldn’t come off as “We got a black guy for our movie.” The character of Obssa Ahmed is so underused/underdeveloped, I don’t get why he’s in the movie for 3 scenes. The film is almost 2 hours long, cutting 4 minutes wouldn’t hurt it…

Where the filmmakers tried to be different was changing the plot, but they didn’t change it enough. The set up is the same, a Native burial ground where you bury dead stuff and it comes back to life “not quite right.” A doctor played forgettably by Jason Clarke, moves next to this place. This terrible parent is all, “I’m a doctor who could afford a fence, but NO. I’m going to live right next to a highway with my cat, 2 kids, and NO FENCE, so they can go play in traffic. And I’m not going to ever tell them ‘Hey you little creeps, STAY OUT OF THE ROAD!'” So of course one of his kids gets hits by a truck. I wonder if he’d taken a life insurance policy out on the brat, but burying a kid in Native resurrection dirt might complicate cashing in on that. 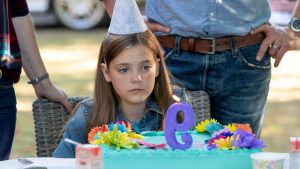 You can tell the guy is a shitty dad. he’s rubbing his junk on his daughter’s chair at her Birthday Party.
Qanon theroies go!

Without getting into spoilers, the film’s plot gets overly complicated for no good reason. It has loose ends that feel like anarchisms from “The Wicker Man” days. Like why are young kids walking around with creepy animal masks that you can’t buy at Party City? It’s pacing is off and I tie that into the lack of contrast in tonality, Kolsch and Widmyer’s “Pet “Sematary” drags its feet, then rushes at the end.

Even the kid getting hit by the truck is made into an elaborate scene. If I wanted to watch people get killed by Rube Goldberg devices I’d watch “Final Destination.” I get why they did this. Most of the people in the audience know everything that happens in “Pet Sematary” so they want to throw you some curveballs. This is a real damned if you do and damned if you don’t kind of thing.

In Stephen King’s 2008 essay “Why Hollywood Can’t Do Horror,” he writes about Hollywood films being overly complicated for no reason. This complexity detracts from the intensity of the story. Kolsch and Widmyer should read some stuff by Stephen King, starting with that essay. After that, they should check out some of his earlier books. “The Stand” is good and I remember “Pet Sematary” being chilling. 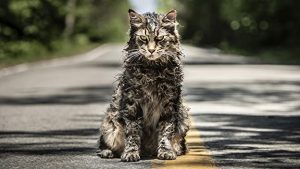 *I was wrong. It was filmed in Canada in the summer. This wouldn’t be a big deal if the house wasn’t surrounded by a green forest and setting the film wasn’t set autumn in New England. 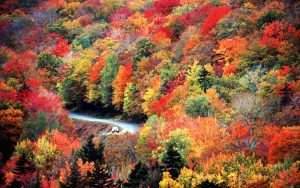 This is what autunm in New England looks like.
By Halloween, a date mentioned in the film, there would be no leaves on those trees.
Why not just not mention Halloween and not have me point out the continuity flakes? 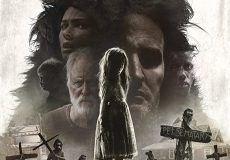