Kickstarter launched by Christian Vargas is not affiliated with the film. 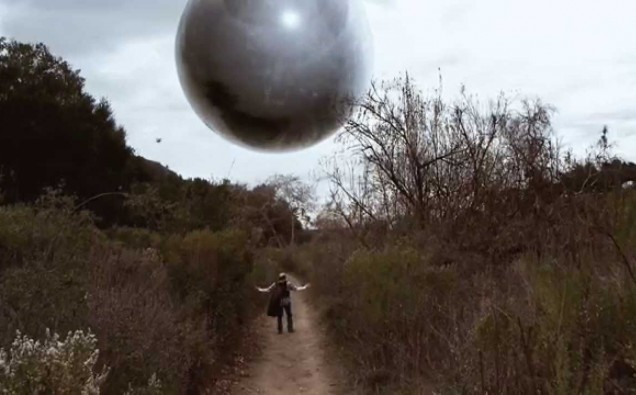 Phantasm “phans” (myself included) are a relatively small but rabid bunch; since the announcement in March 2014 that Ravager, the 5th installment in the franchise, was nearly complete, we’ve been singularly obsessed, devouring details about the project as they emerge. While Ravager’s release has not been as timely as we’d been led to believe (a year and a half later, there is still no official release date—or even a distributor) most phans are still chomping at the bit to see this film.

Now, Christian Vargas has launched a Kickstarter campaign aimed at procuring funds for Ravager’s eventual marketing campaign. Only problem is, The Phantasm Archives reports the campaign is either a total scam—or a very poorly executed joke! While there are clues to indicate that Vargas is less than legit, no one tries to take advantage of phans on my watch—nobody.

Vargas, a resident of Miami, FL, describes himself as the “owner of multiple business startups and successful long running ventures” (none of which he references); on the Kickstarter project page (titled: “Release of Phantasm V (Pickup Shots/Marketing/Distribute)”) he claims:

“You will fund the creation of a marketing campaign comprising of web content, internet advertising, and possibly television commercials, as well as the distribution of the film “Phantasm V: Ravager” so that this film can finally make it to the market, as well as funding the final pickup shots that will complete the film for market.”

Again, Christian Vargas is not affiliated with Phantasm Ravager or creator Don Coscarelli in any way, shape, or form.

My indignation is only slightly tempered by the fact that this Kickstarter campaign is both impractical and completely unattainable. To begin with, Vargas aims to raise $15M—and insanely inflated amount that’s larger than the production budgets of the 4 previous Phantasm films combined! It’s just ridiculous, which is why I posited that the entire thing might just be a joke (albeit an incredibly lame one). As it’s set up, Vargas wouldn’t get anything unless he raised the entire amount—a virtual impossibility. 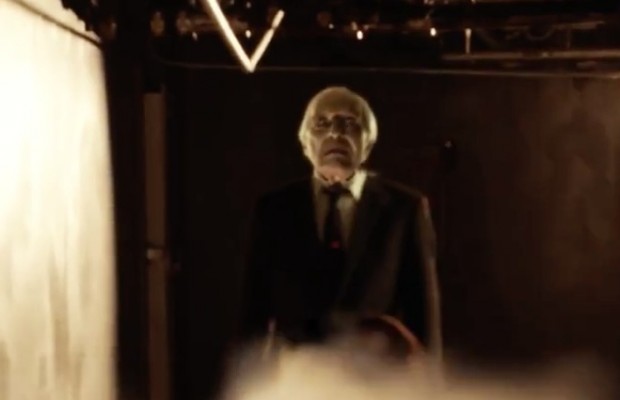 Still, as of this publication, at least one phan has already been duped, pledging $30 for what he or she believes will guarantee a DVD or Blu-ray of Ravager by September 2016. While I don’t have to worry about this person actually losing funds to Vargas, the phony release date will no doubt excite less savvy phans with false hope; there is currently no set release date for Ravager—nothing concrete to look forward to.

Whether Vargas is a bonafide crook, an ineffectual comedian, or simply a delusional phan-troll, getting peoples’ hopes up isn’t cool, and releasing false information on the internet contributes to the dumbing down of humanity. The actual path Ravager is currently meandering has been complex enough without some dingbat inserting lies and misinformation into the conversation. Our patience is already being tested.

Rest assured that when official news regarding Ravager is released through official channels, we’ll bring it to you here at The Blood-Shed. If you see something that we can’t verify (regarding Ravager or anything reported as horror news) at least check Google; if something can’t be verified by other trusted outlets, proceed with caution.

If you have proof of a scam being perpetrated within the horror community, drop us a line—because we won’t stand for that!

EDIT from Johnny Macabre: As of 7:30 pm est on 9/28/15, the campaign has been canceled “5 hours ago” (or around 2 pm est today). A single update was posted before the cancellation:

It has come to my attention that a number of blogs online are stating that this is Fradulent or a scam. To clarify, we are in fact not associated with the filmmakers in anyway, However this is still an honest effort to raise money for the film, by fans, and for the fans. The purpose for the funds, are as stated in this projects description. That is what it will be used for.

Although, some have said that the goal is unrealistic, I as a fan would still like to see this happen. If it isn’t reached, then no harm, no fowl. But if it is, the filmmakers will have everything they need to release the film.

To be clear, we meant no harm; but only want to do everything we can to support this film, and even now will continue our day to day grind of relentless work, and sleepless nights, marketing this Kickstarter, using our own resources and time to do so.

We still have big hopes for this, and to re-iterate, proceeds are to go towards the release of this film.

Either a liar or someone who does not understand how the film industry works. In any case, scumbag or ignorant, the campaign is cancelled. Put a fork in it. This one’s done.

Have you ever been scammed by someone in the horror community? Are you excited about the eventual release of Phantasm V: Ravager? Sound off in the Comments section.